Joe Root's second century of the Cricket World Cup helped England cruise to victory over the West Indies, but the celebratory mood was punctured by injury scares for captain Eoin Morgan and opener Jason Roy. 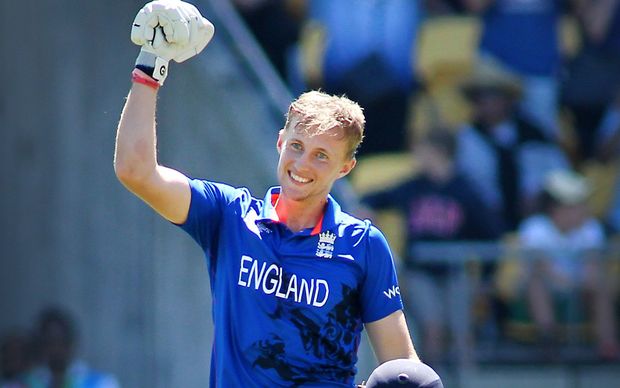 A commanding eight-wicket win against dangerous opponents was important in firming up England's semi-final prospects, though watching two of their best batsmen limp from the field was a bitter pill to swallow.

England's third victory in four matches lifts them to second in the standings behind the Black Caps.

The Windies are sixth.

Roy hurt his left hamstring sprinting at cover and Morgan headed straight for the pavilion after a back spasm, with neither man taking their usual places in the batting order.

England will be desperate for positive news from the treatment room but the pair were not missed on the day, a modest chase of 213 proving a walk in the park for Root, who opened for the first time in his international one-day career and made 100 not out in 94 deliveries.

Root had already played an unlikely role with the ball, taking two wickets with his occasional off-spin, and the role reversals continued with a Chris Woakes cameo at number three.

Having never batted higher than seven in his previous 91 appearances, the all- rounder was handed an emergency elevation and chipped in with an assured 40.

The game was brilliantly set up by the bowlers, Barbados-born seamer Jofra Archer and Mark Wood delivering with pace and purpose as they shared combined figures of 6-48.

Archer's first appearance against the team he had represented at Under-19 level had been much debated, but he took the moment in his stride as the Windies slid from 3-144 to 212 all out.

Man of the match Root said: "It was nice for this hundred actually to mean something and for us to get a win at the end of it. I'm really pleased.

"It was a really good toss for us to win today. It was really important that we took advantage of that and we followed through when we got the opportunity to bat when it got a bit better.

Root added: "It was just nice to get some time in the powerplay to be honest when the field is up and hit the gaps.

"There's not much difference to batting at three. You just try and play the situation."