The New Zealand Kiwis team to take on Tonga in 2019. Photo: Photosport

But it might equally be 'Grinners are Winners' when in comes to the Kiwis.

But if the Kiwis finish this week as impressively as they have started it, New Zealand fans could well have a reason to smile after Saturday night's Test against Mate Ma'a Tonga.

Smiles are a good place to start, because there were plenty as the team assembled at a central Auckland hotel for various duties on Monday.

Smiles and laughs for their player headshots and squad photos, smiles and some unmistakably Kiwi greetings for the last arriving squad members and smiles and a refreshingly open attitude for the multiple media outlets in attendance for interviews.

The players will no doubt be more excited about getting on the training paddock and getting into it.

But as for kick starting a test match week go, it was an encouraging start.

It's an American-style approach which is not often seen with major sports teams in this part of the world these days.

It is, however, a great way to boost the promotion of an event.

Every player has a story, and the more of those stories that are out there being talked about can only have a positive impact on interest levels. 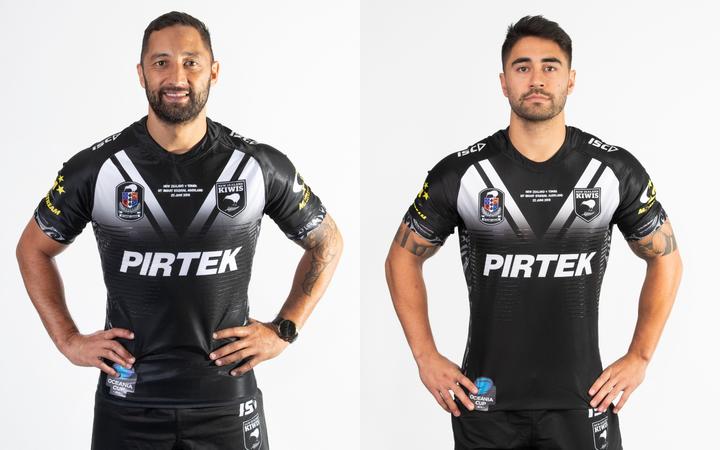 But one wonders if those making those calls at New Zealand Rugby have ever thought what a similar "all-access" approach every once in a while might add to an already hugely popular brand.

That wasn't the case on Monday.

Veteran playmaker Benji Marshall, in hot demand after being named to return after a seven-year Kiwis absence, must have had close to ten separate interviews.

Fellow half Shaun Johnson, preparing for his first game on New Zealand soil since his shock departure from the Warriors to Sydney club Cronulla, wouldn't have been far behind.

Despite almost certainly being asked the same questions multiple times, both were friendly and frank as they made their way around the room.

Other players gave off a similar vibe as they were quizzed for their thoughts.

Given Kiwis are known for openness to others, it seemed fitting the team is known by the same name.

Yes, none of this means New Zealand will win on Saturday night.

A very good Tongan team and their roaring red sea of supporters will take plenty of overcoming.

But the Kiwis have certainly got their week underway on the right foot.

And, given the level of talent this team possesses, they may just finish it the same way if that relaxed mindset continues.