A five wicket haul from Jimmy Neesham has helped the Black Caps to a seven wicket win over Afghanistan in their Cricket World Cup pool match in Taunton. 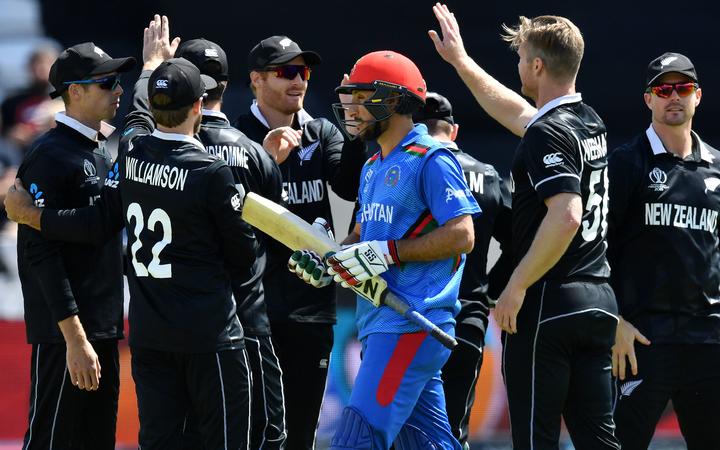 The Black Caps celebrate the wicket of Rahmat Shah in their World Cup pool match in Taunton. Photo: AFP

Neesham laid the platform for the Black Caps today, taking five wickets for just 31 runs in his 10 overs.

Look back at how the match unfolded with RNZ's live coverage here.

Afghanistan's batsmen struggled to handle the pace of Ferguson who ended their innings on 172.

He hit the winning run at the start of the 33rd over to give New Zealand it's third win of the tournament and put them alone at the top of the Cricket World Cup table. 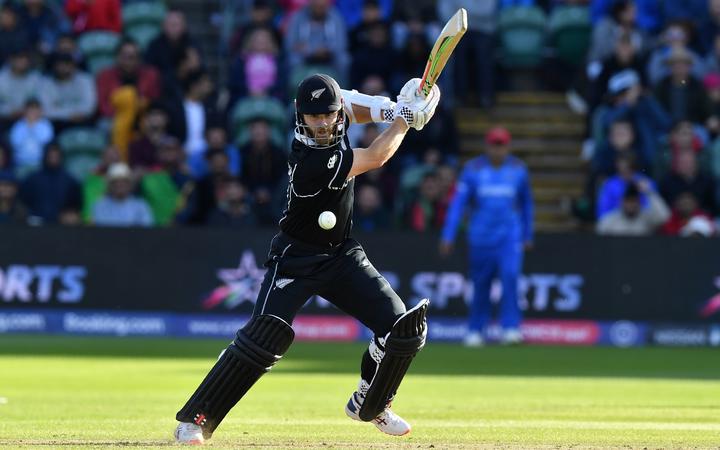 Alam was the pick of Afghanistan's bowlers, taking all three wickets for his side 45 runs.

New Zealand's innings didn't get off to a great start with Martin Guptill going for a duck off the very first ball.

Guptill feathered an inside edge into his thigh pad that then flew to the man at point for catch.

Fellow opener Colin Munro made 22 before he played a ramp shot to the man on the boundary at third man.

Tom Latham was the man unbeaten at the crease with Williamson on 13.

The Black Caps now have four days off before taking on India in their first serious challenge of the tournament at Trent Bridge.

New Zealand are three from three in the tournament so far; one win clear of second placed England who beat Bangladesh by 106 runs overnight.