Opinion - Two games into the Cricket World Cup and the Black Caps face some genuine selection dilemmas when their squad returns to full fitness.

Colin Munro's made a solid crack at the spot given to him by Henry Nicholls' injury, though the latter would have to be the frontrunner to take his place at the top of the order when fit.

The decision is not so clear as to who shares the new ball with Trent Boult.

Tim Southee appears close to a return to fitness, but Matt Henry backed up his three wickets against Sri Lanka with four against Bangladesh, and has been the Black Caps top strike option so far.

Though Southee possesses obvious quality, it would be tough to drop Henry, and he may have nudged ahead of Southee in the pecking order.

It comes after the Black Caps made it a perfect two from two to start the tournament, with a tight two wicket victory over Bangladesh in London.

The Tigers posed far more of a threat to the Black Caps than Sri Lanka did, with their spinners putting the Kiwis under the most pressure.

They talked before the game of trying to expose a few weaknesses they'd identified in the Black Caps lineup, and a perceived susceptibility to spin was one of them.

In the end, six of the eight Blackcaps wickets lost were to their spinners.

In front of a boisterous crowd made up largely of Bangladesh fans and a smattering of Kiwis, they made the match closer than it should have been, as constant clumps of wickets in their chase kept Bangladesh in the hunt, and the crowd on their feet.

Being put under a bit of pressure won't necessarily be a bad thing going into a game against Afghanistan where they'll again be heavy favourites to claim victory.

The concern will be that Bangladesh exposed a potentially frail Black Caps lower order beyond a solid top five.

It's well known that this team will require Ross Taylor and Kane Williamson to perform if they're to go far at this tournament, but they'll need contributions across the board if they're to topple some of the title contenders.

They'll again face a big spin threat in their next match, with Afghanistan's Mohammad Nabi and Rashid Khan posing as their top bowlers and the only real chance they have of causing an upset. 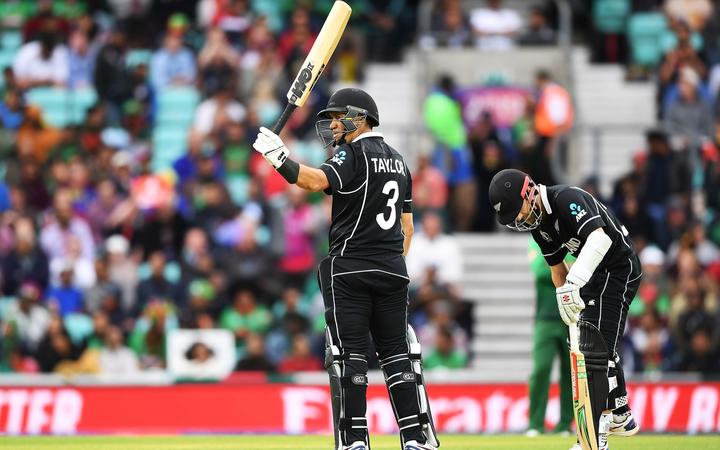 Though the Black Caps were far from convincing, it's worth remembering Bangladesh are a quality side in their own right, and it wasn't all doom and gloom on the Kiwis' batting front.

In his 400th international match for New Zealand, Ross Taylor looked looked his classy self in a knock of 82, combining with Kane Williamson in their 26th 50-plus run partnership, equalling the New Zealand ODI record set by Stephen Fleming and Nathan Astle.

Their bowling was again strong, picking up wickets at key times to constantly leave the Bangladeshi's rebuilding their innings, though it'll be their batting which will be the area of focus post-match.

Now, they'll head to Taunton tomorrow to prepare for Saturday's clash with Afghanistan with a few things to ponder and a few things to work on, but still sitting pretty with a perfect 2-0 record.

* Simon Hampton is a freelance journalist covering the Cricket World Cup for New Zealand media. He has previously worked for Newshub and Newstalk ZB in Wellington.