Opinion - Is this the turnaround Auckland has been looking for? 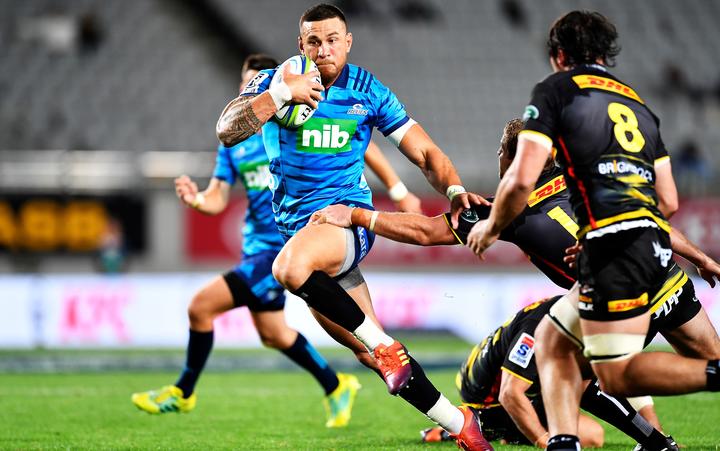 Sonny Bill Williams in action for the Blues against the Stormers at Eden Park. Photo: © Photosport Ltd 2019 www.photosport.nz

Even though there's a long way to go in Super Rugby, Saturday night's 24-9 win by the Blues over the Stormers at Eden Park has got some people starting to believe again.

The result came one day short of being exactly a year since they were beaten 63-40 by the Sharks on the same ground, effectively consigning their 2018 season to the scrapheap after only seven weeks.

It was a ridiculous match, harking back to Super Rugby's wild past in which games of gigantic points aggregates were the norm - except back in 1996 and '97 the Blues were on the other end of the scoreline.

There is, literally, a generation of Blues fans who weren't born yet to experience that.

Some may have been in their nappies the last time their team won a title in 2003, but even that is an exceptionally long time ago considering every other New Zealand team has won at least one championship in this decade.

It wasn't just the win either, it was the way the Blues did it. They won ugly, taking on a Stormers side noted for their physicality up front.

The South Africans, despite playing away from home, were no pushovers.

They were unlucky last weekend against the Hurricanes and are stacked with first choice Springboks.

The best way to beat them was for the Blues to stand up and hit them where it hurts, nullifying their set piece dominance that netted the Stormers three tries in Wellington.

Pieter-Steph du Toit and Eben Etzebeth were brutalised every time they got the ball, both of them were architects of the Springboks' shock win over the All Blacks in Wellington last year, but found themselves turning the ball over constantly in the face off the swarming Blues defence.

Tanielu Tele'a took out Dillyn Lleyds with a shocking challenge in the air that saw the Stormers wing do an almost full flip before landing hard on his back.

Tele'a was rightfully shown a red card, which came with the game poised at 17-9. 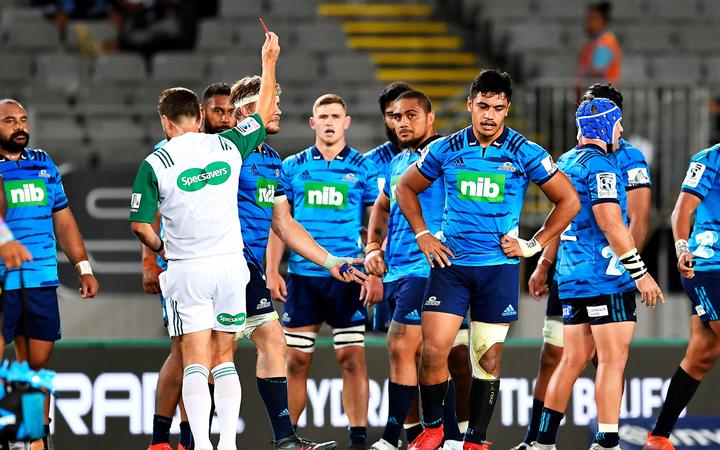 Blues Tanielu Tele'a received a red card in the Blues win over the Sharks for a dangerous collision with Stormers wing Dillyn Lleyds. Photo: PHOTOSPORT

In previous seasons, it may well have spelled curtains, the Blues made a habit of getting themselves into positions to win games and then blowing it, but the response this time was the complete opposite.

They circled the wagons and even scored a match winning try - evidence that this team is on a different level to its predecessors.

It was even more telling that after the game that Tele'a, who may well have been labelled the villain of the match, was presented to the covering journalists to explain himself.

The Blues have had a somewhat challenging relationship with the media ever since Pat Lam's departure as coach, so to have access to someone involved in such a pivotal moment of indiscipline was a completely unprecedented move.

The 20-year-old, who had also scored a stunning try in the first half, showed genuine remorse and gave a pretty decent explanation as to why the collision happened, which is why he hasn't been pilloried in the press over the last 48 hours.

Time will tell whether the Blues are for real in 2019, more precisely in about mid-May when they face the Chiefs, Highlanders and Hurricanes.

But it is also worth remembering that something other than the Blues getting thrashed was happening at Eden Park a year ago as well.

As they trudged back under their posts time and again, people were checking social media and cursing themselves for not staying at home and watching the Warriors hammer the Roosters at the same time over in Sydney, which was part of their best ever start to a season.

For now at least, those roles have most definitely been reversed.

If the Blues can keep winning, it'll stay that way no matter what.