Opinion - It's week seven of Super Rugby and here's a situation dripping in irony so rich you could melt it down and make a particularly unhealthy cake out of it. 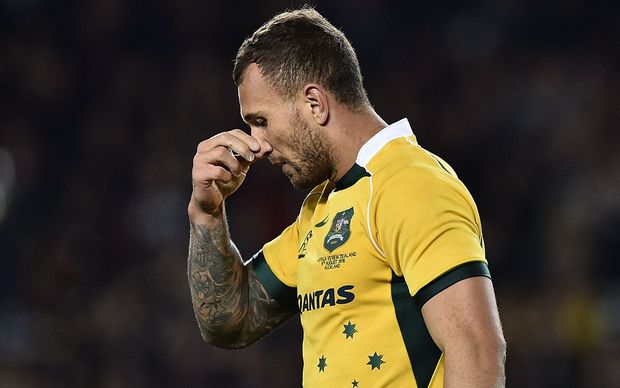 Am I talking about the game tonight in Wellington, where All Black incumbent first-five Beauden Barrett resumes his battle with Richie Mo'unga? No, but it is another head-to-head clash that Super Rugby fans have been waiting for since late last year.

It will happen on Saturday night and while it will be in a match that involves two Australian teams, the irony starts with the fact that it involves a New Zealander who played for the Wallabies and an Australian who played for the All Blacks. Quade Cooper will run out for his new side, the Melbourne Rebels, against the Brad Thorn-coached Queensland Reds at Suncorp Stadium. Last year Thorn benched Cooper for the entirety of the 2018 season despite him being fully contracted to Rugby Australia.

It was a messy situation and meant that the constantly under-fire governing body across the ditch was essentially paying Cooper around $AU600,000 to play club rugby in Brisbane. He was jettisoned from the Reds after it became clear that the hard-line stance that rookie coach Thorn had taken was not going to change, ending up at a revitalised Rebels outfit that's already beaten the Brumbies twice so far this season. Meanwhile, the Reds lost their first three games but have since bounced back to take their last two. 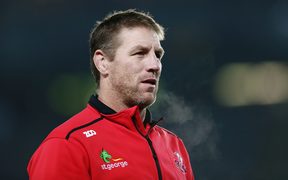 Thorn, in his second season in charge of the Reds, needed those wins. His tenure has seen them end up last out of the Australian teams last year and already questions have started to be asked of just how wise it was to put a recently retired player in charge of a Super Rugby team with little-to-no coaching experience.

Meanwhile, Cooper, 30, is enjoying a bit of a career renaissance. Wallaby coach Michael Cheika doesn't have the sort of riches to choose from that Steve Hansen does at first-five, so it's not too much of a stretch to potentially see Cooper back in a gold jersey by the end of the season.

That would be a remarkable comeback but it's unlikely to change the general feeling about him back here in his homeland. He's seen as a turncoat, traitor and cheat after he kneed Richie McCaw in the head in a Bledisloe Cup match in 2011 - earning a retaliatory shove from none other than Thorn.

Thorn, on the other hand, is seen as an All Black icon and not just for that act. However, that too can be served with a healthy dose of irony: The fact of the matter is that he is far more of an Australian than anyone here would care to admit, having been born and raised there. In Rugby League he played for the Kangaroos and Queensland State of Origin side, even in the Brisbane Broncos side that beat the Warriors in their first ever game in 1995.

His career longevity is nothing short of incredible: 11 professional clubs and test sides in both codes over 22 years is something only Sonny Bill Williams can rival. Indeed, he and Williams' careers have more or less followed the same path from league to union and back again, with a World Cup win to boast as well.

Again, more irony. The number one personality clash that rugby has seen in years is between two former opponents, in a sport that is well renowned for players not saying or doing anything that would be described as interesting, especially about one another.

All of this makes for the most ironic part of the Rebels-Reds fixture. Cooper, the man who Thorn didn't even want on his bench last year for the Reds, will probably be responsible for drawing the biggest crowd to Suncorp Stadium this season. So, who do you want to come out on top?