Quade Cooper could be back in contention for a Wallabies' recall in time for the 2019 Rugby World Cup after being thrown a lifeline by the Melbourne Rebels. 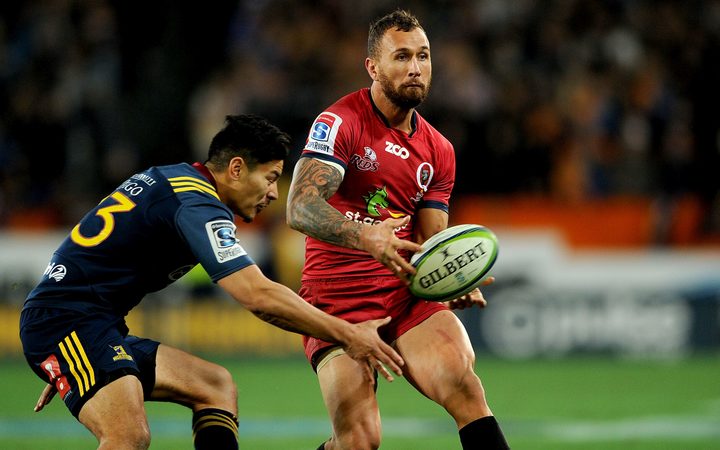 After falling out with Queensland coach Brad Thorn and not playing a single minute of Super Rugby in 2018, the 30-year-old Cooper has signed a one-year deal with the Rebels.

"I want to do whatever I can on and off the field to help grow the rugby community in Melbourne," Cooper said in a statement on Tuesday.

"I'm keen to work hard and make the entire Rebels organisation and their fans proud."

Earlier on Tuesday, Cooper said in a not-so-cryptic social media post that the Reds had "forced" him out of the Super Rugby team he loves but "but thank God there's more than one place that loves me".

Cooper was frozen out by Thorn from the outset this season and settled for playing club rugby and representing Brisbane City in the NRC, while on a Reds salary in excess of $600,000.

Thorn said in February he "wanted to have a change of where we're going" when addressing Cooper's omission.

The 70-Test veteran hadn't commented publicly on his attitude towards Thorn and the Reds until the provocative Instagram post.

The post was accompanied by an image of Cooper fending a grasping Thorn during the trans-Tasman semi-final of the 2011 World Cup at Eden Park.

Cooper hasn't played a Test for 16 months but good form at five-eighth in Super Rugby next year alongside former Reds halves partner Will Genia could see him force a place in the World Cup squad.

Wallabies coach Michael Cheika has said he will look closely at Cooper if he can get regular top rugby as a starting playmaker.

"I've obviously chatted to Quade a lot over the last few months and I've been impressed by his love of the game, and his willingness to reflect on his journey," said Wessels.

"He's been pretty selfless in his commitment to club rugby in Brisbane and has shown patience and maturity.

"He knows that he has some hard work ahead of him, but he has the potential to be a really important spark for us over the next few months."