Opinion - "Don't ever underrate this team." Those were the words that Kiwis coach Michael Maguire had clearly been wanting to say all week. 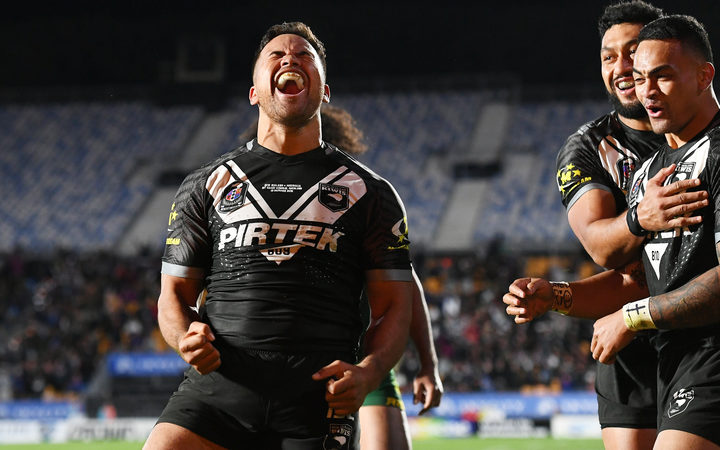 He got his chance in the press conference after his side's stunning 26-24 win over the world champion Kangaroos, and it would've felt pretty good knowing that underrating the Kiwis was exactly what everybody in the room had done in the lead up to the test.

Despite the fact the Australians had a new-look team missing the experience of Cameron Smith, Cooper Cronk, Jonathan Thurston and Billy Slater for the first time in over a decade, no one really gave the Kiwis much of a chance in this one. This was, of course, the team that was essentially playing second fiddle to Tonga in its own country's perception of test rugby league.

Well, consider last night's win a rise from the grave. The Kiwis are back in business, and they got there by earning it the hard way.

In my preview I said the key to victory was limiting the amount of ball the Australians could use, and that's exactly what happened - for 60 minutes at least.

The first and last 10 minutes completely belonged to the Kangaroos, but everything in between was a massive exercise in possession and territory domination by the Kiwis. The home side's completion rate at the end of the game stood at an impressive 89 percent, and they held onto the ball nearly nine minutes longer than their opposition.

But it started like everyone thought it would. Latrell Mitchell gashed the left edge defence three times in succession to lay on a try to Valentine Holmes and give everyone watching cause to think that this was going to be another walk in the park for the men in green and gold.

Instead of wilting under pressure like they did last year, the Kiwis simply absorbed the early pressure and then applies some of their own. Ken Maumalo's try was the result of a brilliant Dallin Watene-Zelezniak pass between his legs. Joseph Manu's was targeted straight at the Mitchell/Holmes combination that was doing so much damage down the other end of the field.

Even when Dane Gagai scored before halftime against the run of play, you got the feeling something special was going to happen. Brandon Smith probably wouldn't have guessed it was going to be him to provide it, the perennial interchange player for the Storm diving over backwards to score a memorable try on debut in the second half.

The most talked about player in the Kiwis, Manu, then laid on a piece of brilliance to get Jordan Rapana over and clinch the victory. In a perfect world, the scoreline would have stayed 26-12 because that's a far more accurate representation of the way the game went. But while the Aussies did fight back to regain a bit of honour, even they'd be quick to admit this game was only ever going to go one way once the Kiwis got their hands on the ball.

The only downside? The crowd that showed up was only 12,763, although it seemed like a great deal of that number had come from Tokoroa to watch Manu's debut especially.

To be fair, that does reflect the state of the Kiwis brand after last year's World Cup. Most of that number also got to see at least the second half of the Kiwi Ferns and Jillaroos pulsating test match beforehand though, which was looking like it would be the main storyline of the evening until the shock win by the Kiwis.

Now things are looking very interesting for next weekend. The wounded Kangaroos will face a fired-up Tongan side at the same venue, with the crowd likely to be double that of last night. Tonga will be thinking ahead toward their showdown with New Zealand next year, and all of a sudden that game became an awful lot more enticing now that the Kiwis are good again.

But for now, it's time to enjoy a rare win over the Aussies - and admit we were all wrong about this fired-up Kiwi side.