Opinion - A game of limitations and discipline is what's needed in this Saturday's league game, writes Jamie Wall. 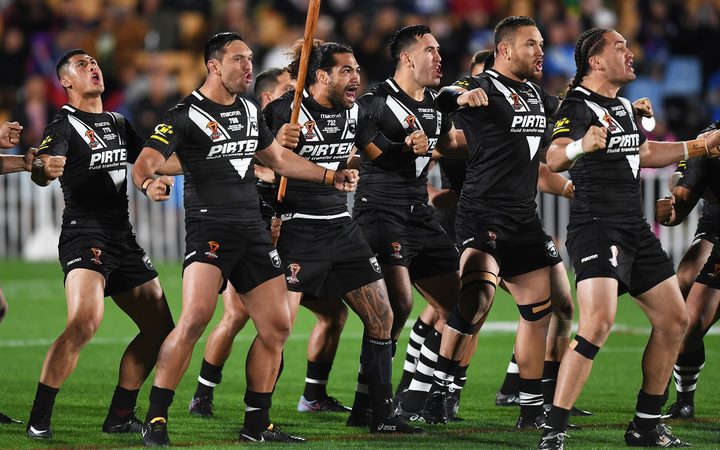 The number watching the Kiwis this weekend will be well below those expected to watch Tonga play Australia the following week. Photo: Photosport

It's been a while. Four years, in fact, since the Kangaroos have graced Aotearoa with their presence. That last Test ended up in a win to the Kiwis, and an awful lot has happened since then.

The Kiwis will run out a side that reflects those changes tomorrow night at Mt Smart. Last year the Kiwis hit probably the lowest ebb in their history, bombing out of a World Cup hosted on their own turf in atomic style. The only thing that stopped the fallout from contaminating the whole sport in this country was ironically one of the teams that beat them - the performance of the Tongans. Them reaching the semifinals of the tournament grabbed everyone's attention, and provided league fans everywhere with an underdog to cheer on.

But the Tongan resurrection is still a week away, and it's somewhat fitting that the Kiwis could be seen as a warm-up match for the Australians before they have to deal with a sea of deafening red-clad fans at the same venue.

The Kiwis have a new coach, with Michael Maguire taking over earlier this season. The former South Sydney boss has had one hit out with the team, although the farcical Denver test match against England probably shouldn't count as any sort of barometer as to how his preparation has been going. One thing is for sure though, Maguire won't be able to count on the sort of experience that has been basically part of the furniture for over a decade.

Firstly, Simon Mannering is gone for good, announcing his retirement earlier this season. Issac Luke and Roger Tuivasa-Sheck are unavailable as well, so that's 98 test caps going with them. While not as experienced, Nelson Asofa-Solomona's withdrawal does rob the side of an imposing ball runner.

Of course, that means there's going to be a lot of pressure on Shaun Johnson to run the show more than usual. Sounds like a typical weekend of a Warriors season really, not to mention a perfect scenario for the Aussies to lay on another hiding.

But there is something different about this one.

The Kangaroos have long been a team that's almost more difficult to get out of than into. Except this year they're having to deal with the dissolution of their entire spine, with Cameron Smith, Jonathan Thurston, Cooper Cronk and Billy Slater all retired.

So this is very much a new-look Australian side, for the first time in what seems like forever. The bad news for the Kiwis is that the guys who have come in to replace the Queensland quartet - Damian Cook, Daly Cherry-Evans, Luke Keary and James Tedesco - are all more than capable replacements. Cook was named Hooker of the Year at the recent Dally M awards, while Keary picked up the Clive Churchill Medal for his recent standout performance for the Roosters in their grand final win. Meanwhile, team mate Tedesco was named Roosters player of the year.

A new era begins... here's our team for the #RoosKiwis Test Match this Saturday!#GoTheRoos #RISE pic.twitter.com/iMO7b4USER

The bulk of the Kangaroo side comes from the victorious New South Wales Origin-winning side, but it's likely that the Kiwis will target the halves partnership. In order to take pressure off Johnson, the game should be managed through the middle of the park by the big boys. An arm wrestle in the predicted wet weather will suit the Kiwis better, because then that keeps the ball out of the hands of Latrell Mitchell, Dane Gagai and Valentine Holmes.

Yes, those are even more big names out wide for the Aussies - so a game of limitations and discipline is what is needed to pull off an upset.