Ready for a mini-World Cup every year? If anyone was in any doubt that test rugby is going to look different after the next World Cup, here is the evidence to dispel it. 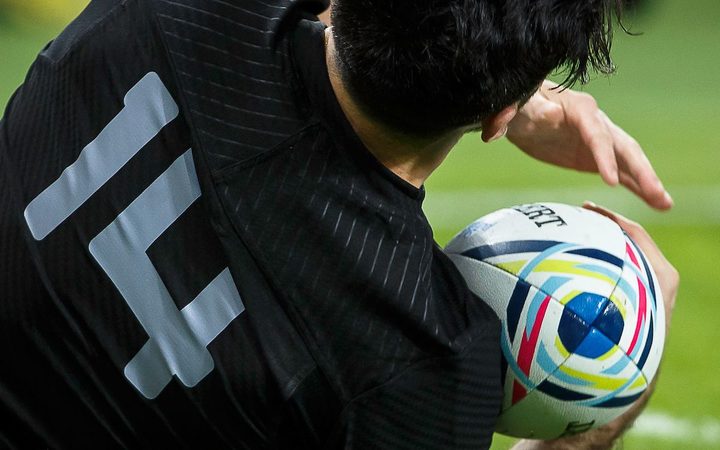 Yesterday it was leaked that World Rugby are planning on shaking up the way test matches are scheduled, what something people are calling the 'Nations League'.

The format will bring together the top 12 ranked teams in a play-off system, and alternate hosting between the northern and southern hemisphere every year. It's highly unlikely that'll actually be its official name if it does go ahead - because, you know, the 'L' word isn't something that World Rugby would be keen to promote.

Of course, anything this grand in design is always met with a healthy dose of skepticism. Already it's seen as an unnecessary cash grab, a dilution of an already successful four-year World Cup cycle, and a straight copy of what football is doing with the UEFA Nations League.

#Midol's big story this week - not surprisingly - @WorldRugby's plans to replace international tours with a 'Nations League' featuring 12 top-ranked teams split across 4 groups from Nov 2020. This graphic shows how it could work pic.twitter.com/2p5GvHMrnW

But something does need to change in test rugby. World Cup and Six Nations aside, the sport isn't running a particularly sustainable model.

Let's unpack why it's on the table, and what it could mean.

The Rugby Championship, which is the best annual competition in terms of quality, cannot say the same in terms of crowd numbers for games not involving the All Blacks. It's also not helped by the fact that the All Blacks have completely dominated it for its entire history.

Meanwhile, the general consensus on the other side of the world is that the European season is far too long, which is taking a toll on its players and general product.

Their international season is stacked entirely in their favour financially, with most teams outside of the traditional powerhouses struggling to send teams there - and in the case of the Pacific Island nations, getting no return matches (this is just as much the fault of the Southern Hemisphere sides too).

There is a problem there, but is this play-off system the answer?

The positive aspect is that we'll actually get to see the best teams in the world playing against each other more often. A year ago, the upcoming All Blacks v England game was the most anticipated match up this decade, but that's when it should have been played - a year ago.

This way the big teams do have something to aim for at the same time that they can base their preparations around, rather than the current system of running into each other at the opposite ends of each other's respective seasons.

It also means lower ranked teams will come into contact with the big boys outside of World Cups, which is currently pretty rare.

While taking in the top 12 teams may not mean anything to us here in New Zealand, given that the All Blacks are perpetually on top of the world rankings, for those hanging around the cut off point it could prove crucial.

The end result will most likely end up like provincial rugby is in New Zealand, with a massive disparity between the teams playing in the Mitre 10 Cup and second division Heartland Championship.

If you were to start outside of that elite group, the task of breaking in would be exceedingly difficult. That would spell even more problems for countries that can produce players, but not the infrastructure to sustain a proper national programme. Namely, our friends in the Pacific, who will more than likely see their most promising players get stripped from them at an even more alarming rate.

So there's pros and cons, with most of the focus understandably being on the cons given it appears to be a rich get richer scheme. It's pretty hard to tell if it'll work unless they actually do it, and there's no guarantee that will even happen.

The alternative? Well, that's the thing. World Rugby have announced the June test break will be replaced by one in July from 2020 onwards, meaning an end to the annoying break that blights Super Rugby every year.

Other than that, there are no real other options on the table to map out the landscape beyond the next World Cup.

For now at least, the 'Nations League', or whatever they end up calling it, will be the blueprint going forward.