Football fans around the globe are filled with excitement and hope as they consider their nation's chances for the FIFA World Cup, which kicks off in Russia on Friday morning. 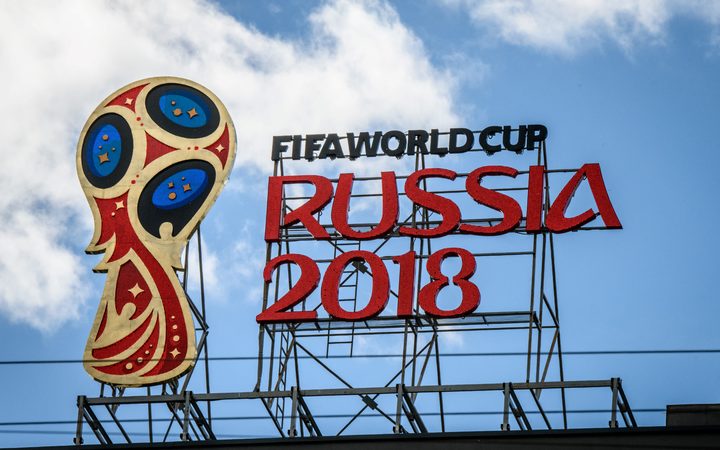 Former England captain Gary Linker once famously said that football was a simple game with 22 men chasing a ball for 90 minutes, "and at the end, the Germans always win".

That classic football truth was reiterated in Brazil in 2014 when Germany beat Argentina in the final to claim their fourth World Cup trophy and in Russia Joachim Löw's side will again be one of the hot favourites.

The German team did not drop a point in qualifying and is littered with the stars from 2014 while the talent factory keeps spitting out new names. Last year, several youngsters put up their hand when a German B-team won the Confederations Cup. This created some serious selection headaches for coach Löw who could not even find a spot for Mario Götze, the hero of the 2014 final.

Their main rivals for the title, and equal favourites with the TAB, are record champions Brazil who are desperate to avenge the 7-1 semi-final trouncing by Germany in 2014.

Since coach Tite took over the team in 2016, Brazil has not at put a foot wrong. They dominated the tough South American qualifying pool, were the first side to qualify for Russia and have recently beaten Germany, Russia, Croatia and Austria in warm-up matches. They look like they mean business in 2018.

Spain and Portugal, two of the world's top 10 teams and serious contenders for the title have found themselves drawn in Group B, with Morocco and Iran.

Spain only dropped two points in their qualifying group that included Italy and seem back to their best after a disastrous campaign in 2014.

Despite a disappointing early exit in Brazil, new coach Julen Lopetegui has retained many of the aging World Cup winning stars of 2010, like Iniesta (34), Pique (31), Ramos (32), and David Silva (32). A recent 6-1 demolition job on Argentina, showed that the old guard has rediscovered the golden form that earned them a World Cup and two European titles and the bookies have installed them as a close third favourite.

Interestingly, reigning European champions Portugal are not considered a serious threat by most of the pundits experts and at 21-1 can be considered a decent long shot. They have the world's best player Cristiano Ronaldo as their captain, but Portugal's poor World Cup record and mixed results in recent friendlies is not giving their fans too much confidence.

In contrast, the French fans have extremely high expectations for their mouth-watering squad of football talent. France are fourth favourites with the bookies after breezing through a tough qualifying group that included the Netherlands and Sweden and have a point to proof after losing the Euro final on home soil. They have a tough group with Denmark, Australia and Peru but are still expected to advance with ease.

The only country with an even more impressive squad is Belgium, whose golden generation is desperate to deliver after disappointing exits in 2014 and at the 2016 Euros. Key players like Kevin de Bruyne, Romulu Lukaku, Eden Hazard and Dries Mertens are in the best form of their careers and their tournament experience will be invaluable in Russia.

Belgium are expected to advance from Group G alongside England who are not considered as one of the favourites by anyone outside of England, but for some curious reason every four years their media and fans insist on creating an unrealistic hype.

Striker Harry Kane is the only genuine world-class superstar who can turn a game, but the rest of the squad will have to be at their very best as a unit to really threaten the favourites.

Losing 2014 finalists Argentina are always one of teams to watch, but that can only be based on their history and the presence of Lionel Messi. Their actual form and results have been poor, scraping through qualifying and narrowly avoided a play-off against New Zealand.

The recent thrashing by Spain did not inspire confidence, so the Argentine federation tried to raise the morale by arranging an unusually soft warm-up match against the Caribbean minnows of Haiti last week. That 4-0 victory, will mean little when they have to get past strong teams like Croatia, Nigeria and Iceland in Group D, by many considered the group of death.

Over the past 88 years, only eight nations have lifted the trophy and three more countries have made it to a final. The continuous improvement of African and Asian teams has made the tournament more unpredictable and exciting, but it will be fascinating to see if any of those teams can actually create a new world order and stop the old guard from getting to the final.