So it seems we've lost another All Black to the north. If reports out of London are to be believed, Lima Sopoaga is cashing up and joining Brad Shields at Wasps next season. 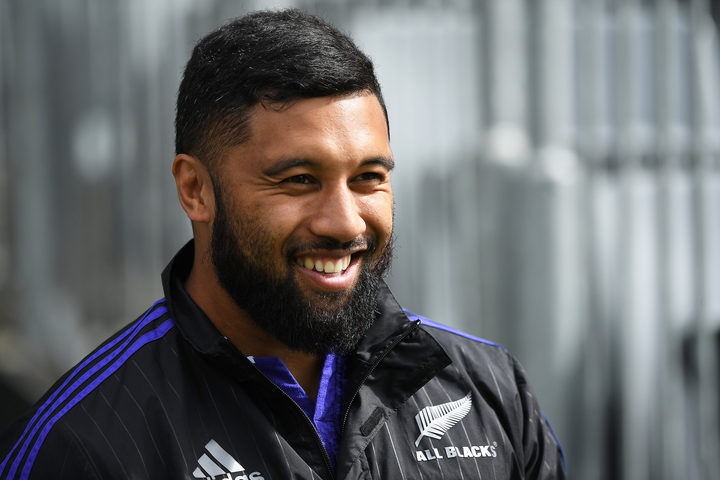 Big loss? With all due respect to Sopoaga, the reality of All Black rugby in this day and age is probably why he's made the decision. Right now the competition for spots on the bench are probably more cutthroat that the ones for jerseys 1-15.

Two years ago it seemed the Highlanders first five would have a mortgage on the backup spot to Beauden Barrett. He is, after all, the steady man and calming influence that can close a game. Barrett didn't even have to leave the field either, as Steve Hansen's gameplan saw him shift to fullback while Sopoaga or Aaron Cruden would come on in relief.

Sopoaga's most telling achievement would be winning a Super Rugby title in 2015 with the unfancied Highlanders, taking the team to his hometown of Wellington and putting on a masterful display in the final against the Hurricanes.

Along with his dream first start for the All Blacks at Ellis Park that year, in which he put on a flawless performance in a 27-20 win, it seemed like he was the long-term failsafe option once Dan Carter retired.

His goalkicking is impeccable. He sums up the word reliability.

So what could possibly usurp a guy like that from the All Blacks? He only ever started two tests, but it'd be a shame to think that the second one played a part in him falling out of favour.

The All Blacks loss to the Wallabies in Brisbane late last year certainly was a shock, not least to an Australian public so accustomed to their team getting dealt all manner of defeats by their old rivals.

The Wallabies muscled up and gave Sopoaga no room to move, clearly targeting his inexperience and preying on uncharacteristic All Blacks mistakes.

The reaction to the loss was, by All Black fan standards, pretty muted. But the undeniable feeling was that Sopoaga had blown his big chance to erase any doubts in Hansen's mind about who his Mr Reliable for the World Cup will be.

Meanwhile, Richie Mo'unga was putting together a domestic season that would see him win Mitre 10 Cup player of the year.

This was on top of guiding the Crusaders to their first Super Rugby title in nine years (although a fair amount of credit should go to stand-in Mitch Hunt when Mo'unga was injured) - then, to top it off, scoring a try against the All Blacks at Twickenham for the Barbarians, and then making his debut in the black jersey a week later.

Add in the continuing enigma that is Damian McKenzie (who, admittedly, rounded out the year by convincing more than a few skeptics of his All Black credentials) and the lane to being in the All Black match day squad is increasingly jammed.

So, like Cruden before him, Sopoaga had a choice to make.

Perhaps the emergence of Mo'unga put enough doubt in his mind. Perhaps Cruden's massive payday at Montpellier was too much to ignore. Perhaps, at 26, he knows there's enough time to make some cash in England and come back.

Given how quickly things can change in test rugby, that last one probably isn't so farfetched.

Despite what the media will have you believe, there's still a long, long time till the All Blacks head off to Japan to defend their World Cup. While Sopoaga most likely won't play a part in that, it doesn't for one second mean that you can count on Mo'unga being the man behind Barrett at this stage.

Players will come and go, by the end of the Super Rugby season someone else may have had a Mo'unga-like rise to prominence. Plus, there's the distinct probability of injuries, and what desperate measures they entail.