All Blacks midfielder George Moala is off to ply his trade in France next year. 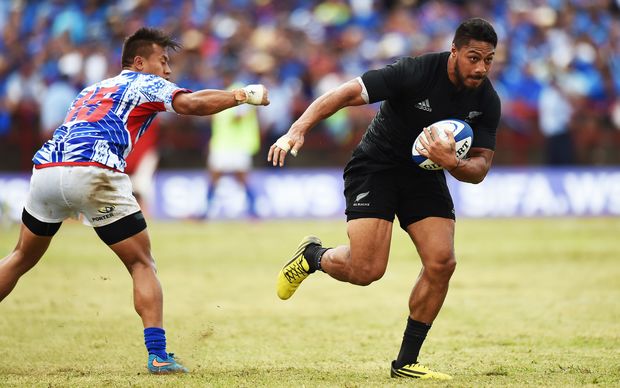 Top 14 club Clermont Auvergne confirmed on Saturday (NZ time) they had secured the signature of Moala on a three-year contract.

The powerful Blues and Auckland player will join the team after the conclusion of the 2018 Super Rugby season.

Moala played his debut test for New Zealand in Apia in 2015, scoring a try in a 26-16 victory against Samoa.

The 27-year-old has made three test appearances since, his last coming in the loss to Ireland in Chicago in November last year.

Moala's 2017 season has been hampered by an elbow injury.

"This versatile player has a profile that we were missing in our squad," Clermont sporting director Franck Azema said in a statement on the club's website.

"He's going to bring lots of strength to the middle of the pitch.

"He's excellent in defence and in attack is capable of making the difference as much with his side steps as his strength."

Clermont are the defending Top 14 champions, but are languishing in ninth after 12 matches of the current season.

However, they are four-from-four in the European Cup competition.

Clermont have the former All Blacks utility back Isaia Toeava and former Counties Manukau loose-forward Fritz Lee on their books.