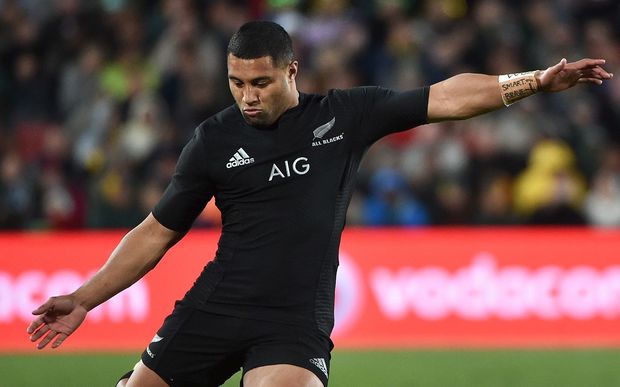 Lima Sopoaga on debut for All Blacks vs South Africa 2015. Photo: PHOTOSPORT

Capped 16 times for the All Blacks, Highlanders No 10 Sopoaga has signed a two-and-a-half year deal with high profile London club Wasps, The Times newspaper said.

The 26-year-old from Wellington rules himself out of the 2019 World Cup with the move, while the All Blacks lose their first-choice back-up to starting pivot Beauden Barrett.

It is believed Sopoaga, who recently became a father for the first time, will head for England at the end of this year.

He will not be the only New Zealand player to join Wasps, with Hurricances captain and loose-forward Brad Shields also linking up with the club after this year's Super Rugby season.

Sopaga made his debut for the All Blacks in 2015.