Richard Dodson was a two-times America's Cup winning strategist before multiple sclerosis put an end to his sailing career - or so he thought. 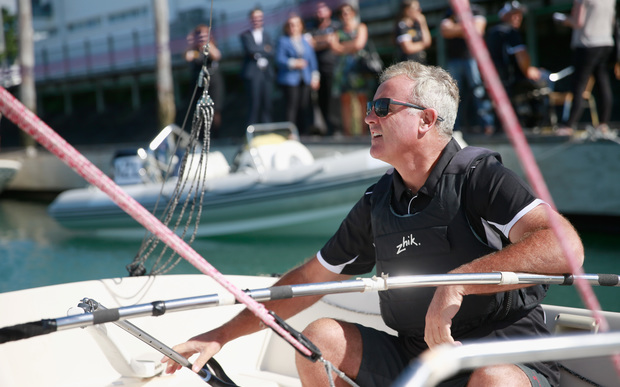 The Auckland sailor will make his Paralympic debut at the Rio Games, as part of the three-person Sonar keelboat event, with crewmates Chris Sharp and Paralympian Andrew May.

Dodson was the onboard strategist with Team New Zealand when they won the 1995 America's Cup for the first time in San Diego and then defended it in Auckland in 2000.

It was during that regatta that Dodson was diagnosed with multiple sclerosis, which resulted in a loss of muscle power.

As his condition deteriorated he could no longer sail professionally - and he took some convincing to return to competition in disabled sailing when the opportunity arose.

As well as the two America's Cup campaigns, Dodson is a former double World OK Dinghy Champion and also had success in the Admirals Cup and World One Ton Cup.

Crewmates Andrew May and Chris Sharp are both paraplegics but have been sailors for a long time.

May competed at both the Atlanta and Sydney Paralympic Games.

The trio finished eighth in the Sonar class at the 2015 Para-Sailing World Championships.