The start of the Rio Paralympics is just a couple of days away and for many it has been a traumatic couple of weeks getting the city ready. 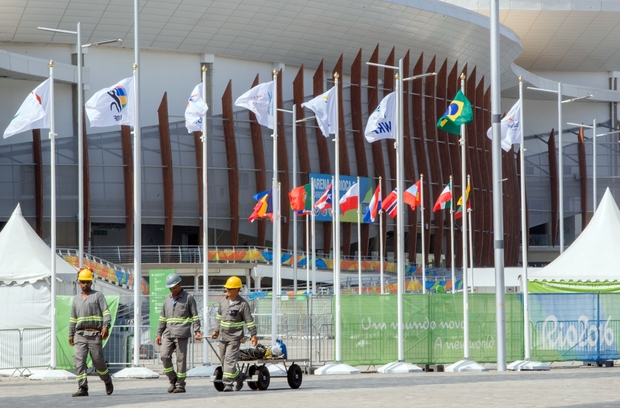 Much of the buildup has been dominated by reports of poor ticket sales, the closing of venues and drastic cost cutting as it became clear expected funds for the games were not there.

Craig Spence from the International Paralympic Committee says the last few weeks have been as challenging as anything the organisation has ever faced.

"I'd probably put August 2016 down as the hardest [Paralympics] ever for the IPC," he said.

"We've faced unprecedented circumstances here with the organising committee but the Paralympic spirit I think has never been stronger.

"In the Paralympic movement we always make the most of what we have, rather than worrying about what we don''t have and that's never been truer than here in Rio."

Spence said he believes the Games will still be a success though.

"We've all come together - the Rio 2016 organising committee, the IPC, federal government and the mayor - and we'll make these Games work.

"These Games are going to be very special - they're the first in Latin America, there's a great atmosphere in the athlete village and if they're happy, then they'll deliver the fantastic performances that not only break world records, but help change society as well."

The New Zealand team chef de mission, Ben Lucas, said the cutbacks have had little to no effect on the team and he's not expecting any problems during the Games.