She almost gave up para-athletics, but javelin thrower Holly Robinson is now a leading gold medal contender for New Zealand at the Paralympics. 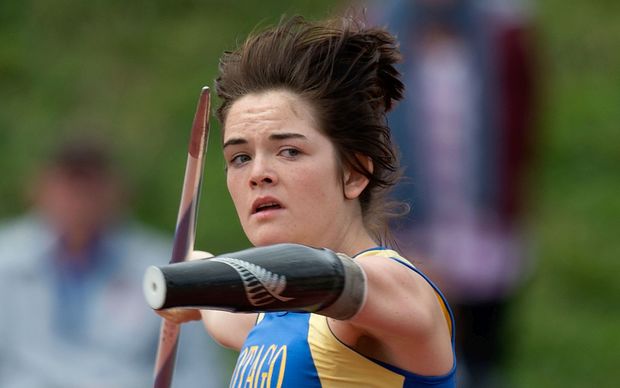 Ranked number one in the world in the F46 category (limb deficiency), Robinson will be competing in her second Paralympics after her debut at the London 2012 Games.

Robinson grew up in Hokitika, trying para-athletics for the first time as a seven-year-old.

It was not an enjoyable experience and she turned her attention to other sports instead, until deciding to give para-athletics another go two years later.

This time, everything clicked, and a year later she was selected in a talent identification programme.

In 2011 she moved to Dunedin after taking up a scholarship to train under veteran para-athletics coach Raylene Bates.

Bates also coaches two other javelin throwers, Caitlin Dore and Rory McSweeney, along with shot putter Jessica Hill - all of whom are competing at Rio.

Robinson finished seventh in the London Paralympics but followed that up with a silver medal at the 2013 International Paralympic Committee World Athletic Championships.

Last year she won a bronze medal at the same event.

Her main rivals for the gold medal in Rio are Hollie Arnold of Great Britain, Hongmei Zhao of China and Madeleine Hogan of Australia.