New Zealand rally driver Hayden Paddon and co-driver John Kennard have finished fifth at the Rally of Germany, their best ever result at the event. 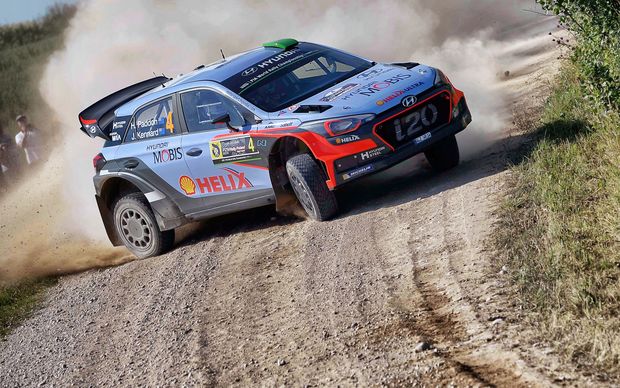 After a difficult start to the rally on day one, the New Zealanders made improvements and finished with three top-six stage times.

The Rally of Germany is described as the most difficult asphalt rally of the season.

The result moves Paddon up to third in the WRC Drivers' Championship on 94 points, equal with team-mate Thierry Neuville.

Paddon says with four races left, he is aiming to consolidate a top three placing.

He is now 75 points behind championship leader Sébastien Ogier of France.

Paddon said the event threw up some challenges.

"It's not been a straightforward rally for us but I am pleased to have ended it on a positive note," he said.

"We have used this weekend to learn more about our driving in this rally, which is without doubt the most challenging of the asphalt events.

"We made some small improvements today, which will help us for the next rally in Corsica.

"Most importantly, it has been a great weekend for the team with a double podium. It's a great reward for everyone's effort back at Alzenau."