Hayden Paddon and John Kennard set the second-fastest stage time on each of the four final stages of Rally Finland this morning to secure fifth place overall. 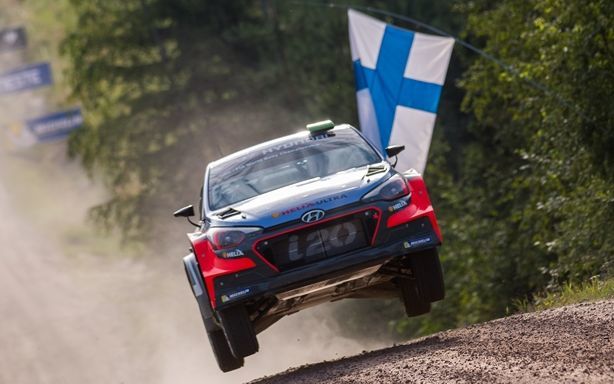 Looking at the combined times for the day's final 34.20km of competition, the New Zealanders were the fastest crew and were pleased to take two bonus points for second in the power stage.

Both Paddon and Neuville benefited from Ott Tanak crashing out of the rally.

Paddon said while it had been a challenging weekend there were some positives to take away.

"We didn't take any massive risks and concentrated on getting the cars home. With that in mind, to take 1-2 in the Power Stage was a nice consolation. We gave it our all but we've struggled with the car in the slippery conditions. It was a close fight with Thierry and I've really enjoyed these fantastic stages."