Carrington did not make the best of starts in the K1 200m final, and was third nearing the half way stage.

However she proved her champion status with an impressive run to the line to finish 0.4 seconds ahead of her nearest rival with a time of of 39.864.

The 27-year-old said it was a "pretty amazing" feeling as she crossed the finish line.

"I didn't want to celebrate before I saw my name come up on the board, but it was cool.

"It was probably the most excited and happy I've been after a race." 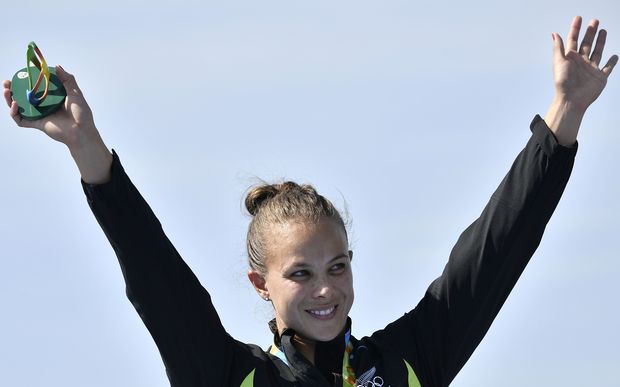 Lisa Carrington on the podium after winning gold for New Zealand in the kayak. Photo: AFP

"I think I always want [to win] the race with a bigger margin - to feel a bit safer - but it just shows how tough the competition is.

"It's great to have those girls pushing me really hard - it was good." 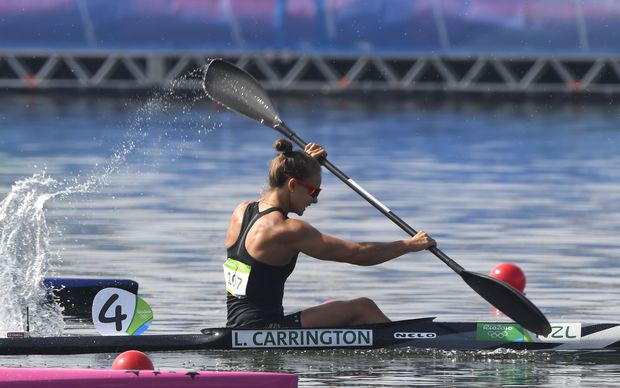 She will now attempt to become the first woman to win gold medals in individual events at the same Olympic canoe sprint regatta when she competes in the 500m later.

Carrington said she isn't worried about backing up in the race.

"This is what I've been working for and this is why I do it, for the challenge, and it is tough but I mean this is why I'm here."

She posted an Olympic best time of 39.561s in her semifinal to qualify fastest for the gold medal contest, and won both her heat and her semifinal.

She has not been beaten over the distance in five years.

British bookmakers had the four-time world champion and 2012 gold medallist as favourite, with odds of 1-33.

The president of the surf life-saving club where Lisa Carrington began her kayaking career said the double Olympic gold medallist's success is down to determination and hours of training in the wind and cold.

Whakatane Surf Lifesaving Club president Harina Warbrick told Morning Report the Olympian was an inspiration to the young people coming through the club.

"It's pretty special when at the end of the season you get to hand a cup to somebody who is eight or twelve and it's got Lisa's name on it for most improved, or most dedicated ocean athlete, and then their name gets to go underneath it.

"You can't measure that sort of inspiration."