Rio 2016 Olympics - Kayaker Lisa Carrington is through to the finals in the women's K1 200. 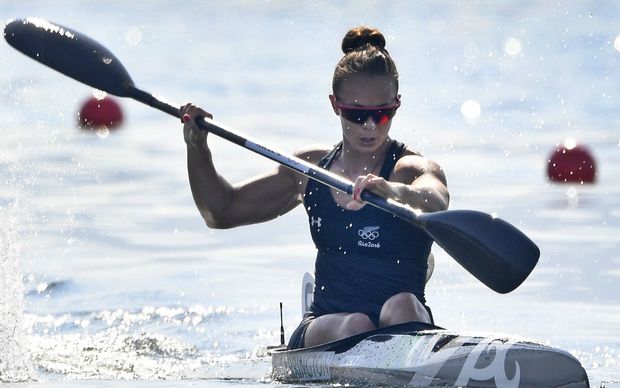 The 27-year-old won both her heat and her semi, leading from the start in both races.

She clocked in at 40.422 in the first race, and finished half a boat length ahead in the semi with a time of 39.561 - the effort going into the finals.

British bookmakers have the four-time world champion and 2012 gold medallist as the hot favourite, with odds of 1-33 to defend her Olympic gold in the event.

Carrington has been unbeaten in the K1 200 for five years and has also won a world title in the K1 500.

However, the men's kayak single K1 1000m Marty McDowell has been eliminated after coming last in his heat.

He was in fourth at 250m, dropped to fifth halfway, and finished last, six seconds behind Fernando Pimenta from Portugal.

The top five finishers automatically qualified for the semifinals