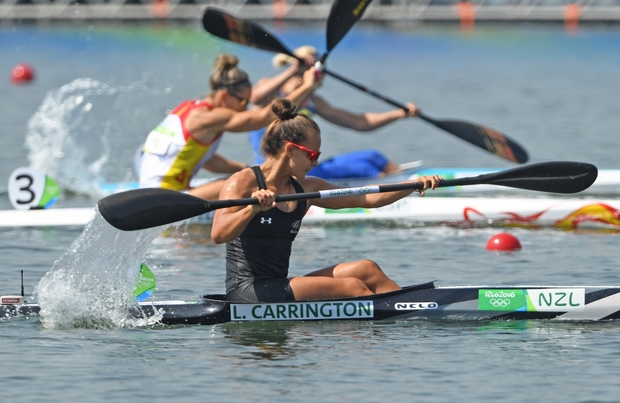 Carrington posted an Olympic Best time of 39.561 in her K1 200m semi-final to qualify fastest for the gold medal contest, which will be raced overnight at 12.40am (NZ time).

She hasn't been beaten over the distance in five years but there are several paddlers who could test her -- particularly Azerbaijan's Inna Osipenko-Rodomska, who also posted a sub-40 second time in the semis.

New Zealand has further medal chances on the water tomorrow morning in the sailing.

Sam Meech's medal race was postponed today because of light winds, but if the weather cooperates he'll line up for the final race in the Laser class at 4.50am with a good chance at a podium place.

Meech is in third place overall and needs a top five finish to secure a medal.

The Nacra 17 pairing of Gemma Jones and Jason Saunders are in fifth place heading into their medal contest at 6.20am, and a good race could push them on to the podium.

Josh Junior will sail in the Finn class medal final at 5.35am - but in seventh place and 15 points behind the third placed sailor, he's unlikely to win a medal.

It's the final day in the velodrome at Rio tomorrow and New Zealand has three cyclists competing. 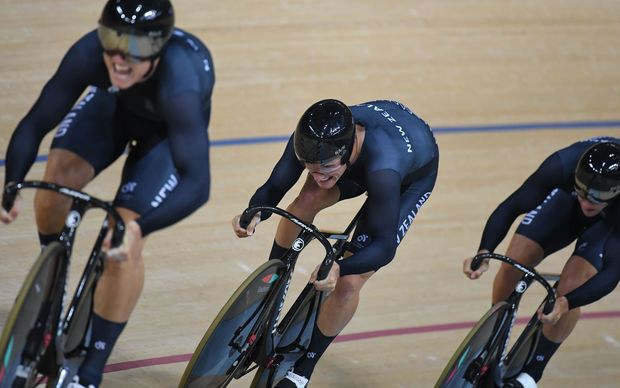 Silver medal-winning team sprinters Eddie Dawkins and Sam Webster will attempt to add to their medal total when they take to the track individually in the men's keirin.

The first heat is raced at 1.18am, with the final taking place at 9.20am if they progress that far.

Lauren Ellis goes into the last three events in the multi-race omnium in eighth overall - she'll line up for the individual pursuit at about 2am, with the final two races after 7am.

But while many of the New Zealanders are reaching the end of their Olympic campaign, five of the country's track and field athletes will compete for the first time overnight.

Eliza McCartney - who's just 19 - will make her Olympic debut at 12.45am in the pole vault qualifying.

She's ranked eighth in the world and if she makes the final, she's an outside chance at a medal later in the week.

Carson and Matthews will be joined by 2008 silver medal winner Nick Willis in the heats at 1.30am

Fellow runner Nikki Hamblin will be hoping to improve on her disappointing 1500m effort from last week when she lines up in the heats of the 5000m alongside Lucy Oliver at 12.30am.

Hamblin didn't progress past the heats in the shorter distance after finishing second to last.