Blatter was suspended for 90 days by FIFA on October 8th and then banned from the game for eight years last month for ethics violations over a 3 million dollar payment FIFA made to European football boss Michel Platini with Blatter's approval in 2011. 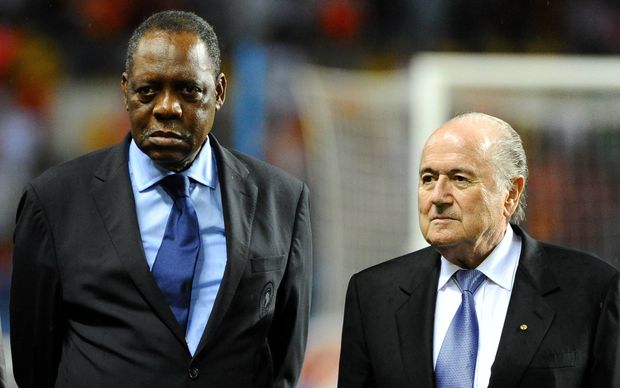 But Blatter, a Swiss national who has been president of FIFA since 1998, will continue to be paid until a new president is elected next month, a spokesman for FIFA's Audit and Compliance Committee Andreas Bantel said.

That would mean Blatter would have been paid for nearly five months during which time he was unable to carry out his duties, and a period in which FIFA has appointed an acting president, African soccer head Issa Hayatou.

The compensation sub-committee of FIFA's Audit and Compliance Committee recently ruled that it could stop Blatter's bonuses but not, according to his contract, his salary.

"Until the election of a new president on February 26, Mr Blatter is the elected president and therefore - according to his contract - is entitled to receive his remuneration," Bantel said.

FIFA is facing the worst corruption crisis in it history as a total of 41 individuals and entities, including many former FIFA officials, have been charged with corruption-related offences in the United States. The U.S. investigation is far from over and FIFA also faces a parallel Swiss probe.

Blatter's bonuses have been stopped because he was not carrying out his duties of supervising the organization, including its general secretary.

Only last week, FIFA announced that Jerome Valcke was fired from his position as general secretary. It gave no reason but an investigation had followed allegations of corruption related to World Cup ticket sales.

The size of Blatter's compensation from FIFA has remained secret although reforms to be voted on at the organization's February Congress call for the disclosure of individual compensation for the president and top executives.

It is also unclear what Hayatou is getting paid to be acting president.

FIFA's finances may have taken a blow in the past year because of the costs and distractions of the corruption scandal.

According to a report from the UK's Press Association late last year, the organization suffered its first loss last year since 2001.