The former head of international athletics, Lamine Diack, organised "conspiracy and corruption" at the heart of the federation and sanctioned fraud and extortion of athletes, independent investigator Dick Pound said in a report released this morning. 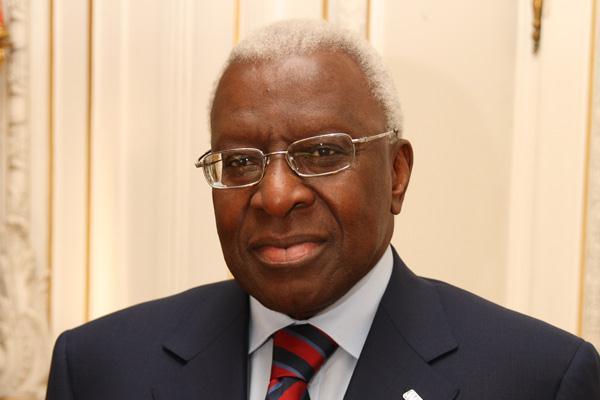 Pound's report, commissioned by the World Anti-Doping Agency (WADA), added to a rapidly growing scandal involving organised doping and its concealment that has rocked world athletics and drawn comparison with a corruption and governance scandal at the global soccer federation, FIFA.

Pound found that Diack, a Senegalese who stepped down as president of the IAAF last year, had established his own "informal, illegitimate governance structure" at the International Association of Athletics Federations (IAAF).

But the report said other senior staff "could not have been unaware" that normal procedures were being circumvented.

"It is increasingly clear that far more IAAF staff knew about the problems than has currently been acknowledged," the report said, adding that governance processes at the organisation had been inadequate.

"The corruption was embedded in the organisation. It cannot be ignored or dismissed as attributable to the odd renegade acting on his own."

Pound, a former head of the World Anti-Doping Agency (WADA), had already rocked global athletics in November with the first part of his report, which led to athletics superpower Russia being banned from international competition for state-sponsored doping.

The furore has put huge pressure on Sebastian Coe, Diack's successor who served as one of his vice presidents for seven years.

However, Pound expressed confidence in Coe's ability to conduct the necessary reforms at the IAAF.

"There is an enormous amount of reputational recovery, and I can think of no one better than Lord Coe to lead that," he told a news conference in Munich.

Allegations of corruption and money laundering linked to Russian athletes have also led French prosecutors to open a formal investigation against Diack.

As well as Lamine Diack, French prosecutors are investigating his lawyer Habib Cisse, his son Massata and Dolle.

The prosecutors were due to give an update on their investigation after the WADA commission's news conference.

Massata Diack, a former marketing executive for the IAAF, has denied wrongdoing on his own and his father's behalf.