The All Blacks have been congratulated by friends and foes alike for a 'masterclass' of rugby in the World Cup final, and even those grumbling about the ref's performance had to give the team full credit.

The final whistle had not even been blown in the All Blacks' 34-17 win over the Wallabies this morning before you could find tweets casting doubt on referee Nigel Owens' performance:

Fully expecting a formal apology from @rugbyworldcup after @Nigelrefowens first half effort. Not holding my breath though.

Watching a replay of the #RWCfinal ... Mitchell was tripped - led to a NZ try. A few penalties missed by @Nigelrefowens - all hurt #AUS

Australian television commentators also laid into the ref, with former Wallaby Rod Kafer demanding a red card for the offence that got All Black fullback Ben Smith sent off for 10 minutes.

But most Australian reaction has refused to blame the ref. Despite a provocative front page headline of 'The great villain that cost the Wallabies', the Sydney Morning Herald's Paul Cully is actually pretty reasonable about the Wallabies' loss, saying the Wallabies needed to be perfect to beat this All Black team.

He does note that Australian grumbles will centre on Nigel Owens, saying he missed an "obvious" forward pass before Dan Carter's third penalty and a high shot from Kaino on Pocock, but admits the Wallabies lineout was the greater villain. 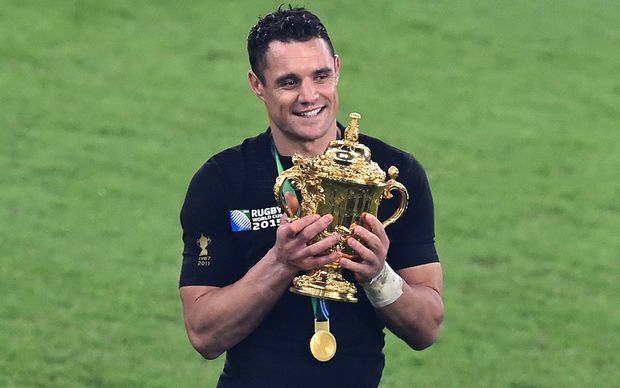 The Brisbane Times' Georgina Robinson also gave all the credit to the NZ team, saying the final featured a "masterclass" from Carter, while the Daily Telegraph's Iain Payten also used that word to describe the way Carter took out the "gallant" Wallabies. Payten did, however, note that Owens "dudded Australia with several crook decisions".

Congrats to @AllBlacks. Deserved the win tonight. Australia - sorry we couldn't get the job done. Thanks for all the support. #RWCFinal

Well done @AllBlacks a truly memorable @rugbyworldcup all round to make it the biggest and most successful one yet.. On to #Japan2019

And Dan Carter's control of the game was also singled out on social media as something special:

You are the man @DanCarter

But the biggest social media reaction went to Sonny Bill Williams. His off-loads and powerful tackling might have made an immediate impact on the game, but he is being remembered for another simple act of post-match kindness:

This kid ran on pitch & was grabbed by security. SBW rescued & have his medal. Thanks Jeremy Stormer #BLACKTOBLACK pic.twitter.com/ZS3LH1fzCe

And the final word goes to retiring veteran hooker Keven Mealamu, who tweeted this before bedtime: