The struggling Blues coach Sir John Kirwan insists he's not feeling the pressure, despite his Super Rugby side falling to a fourth straight defeat and slumping to dead last on the table. 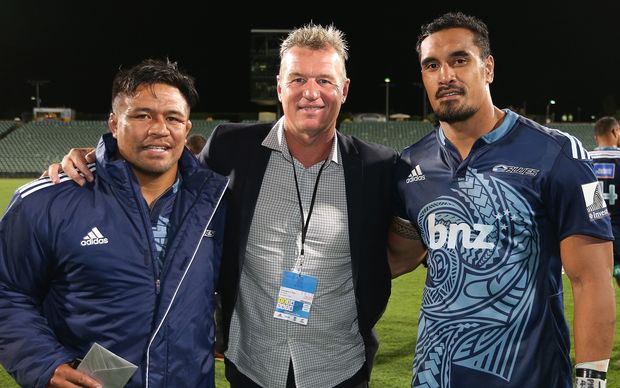 The All Black Keven Mealamu became the most capped player in the competition's history with his 163rd appearance, to edge one ahead of former Australia lock Nathan Sharpe.

But it won't be a night the 35-year-old will want to remember as his team slumped to dead last on the ladder, increasing the pressure on Blues coach Sir John Kirwan.

Blues' captain Jerome Kaino scored a first-half try, which Ihaia West converted after he had slotted an earlier penalty, but they were guilty of failing to turn a wealth of possession and territory into points.

Elton Jantjies added two penalties and converted Ruan Combrinck's second-half try for the visitors, who had also lost their first three games of the season.

Mealamu, who has also won 123 caps for the All Blacks and surpassed Colin Meads as having played the most first class games in New Zealand rugby, received a rousing reception from the Blues fans as he ran onto the field by himself in front of his team-mates, and again when he was replaced in the 45th minute by James Parsons.

The fans, however, became increasingly silent as the match wore on and began to trickle away before the final whistle with those remaining letting out muted boos at the end.

Elsewhere, the champion New South Wales Waratahs easily beat the Queensland Reds 23-5 in Brisbane, and the Bulls beat the Cheetahs 39-20 in the South African derby in Bloemfontein.