The Blues and All Blacks hooker Keven Mealamu will establish a new Super Rugby record for most matches played after being named to start for the Blues against the South African side the Lions at North Harbour Stadium on Saturday night. 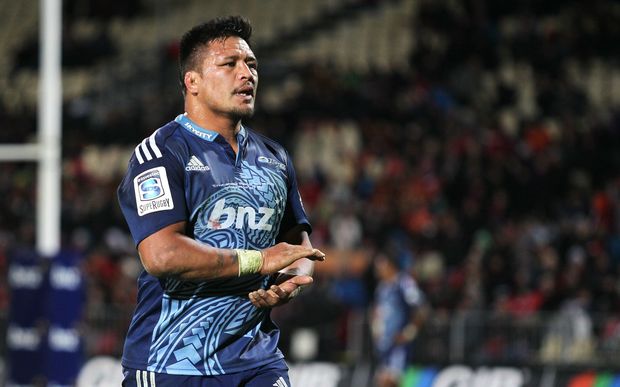 The match will be his 163rd appearance in Super Rugby making him the all-time leader in Super Rugby, a mark he currently shares with retired former Reds, Force and Wallabies lock Nathan Sharpe.

It is the first game of the season for Mealamu who made his debut in 2000.

Mealamu was rested for the Blues' three losses to start the season and is expected to play his 163rd Super Rugby match on Saturday to pass the former Wallabies lock, Nathan Sharpe, and set the new record.

The 35-year-old says even after 15 years with the Blues he's still got as much passion for the game as he ever had.

"I'm playing with guys that when I was playing my first game were probably about five years old so I think that probably puts it in perspective, but I think I arrive here with the same energy and the same enthusiasm that they arrive with so I think we're still on a level playing field," he said.

Mealamu has been named in the front row alongside fellow All Black Charlie Faumuina and Ofa Tu'ungafasi, who gets his first start of the season.

Steven Luatua is back to his regular starting spot in the loose forwards with captain Jerome Kaino and Luke Braid.

Last year's Blues Development player of the year Melani Nanai has earned a second start after a useful debut in South Africa as a replacement, to be joined on the wings by Frank Halai, who makes his first appearance of the season following rehabilitation from an off-season shoulder operation.

All Black Charles Piutau remains at centre and is paired in the midfield by Francis Saili.