The Black Caps stand-in captain Kane Williamson has dismissed suggestions that Sri Lanka will take a psychological advantage into their opening cricket World Cup clash in Christchurch in a fortnight. 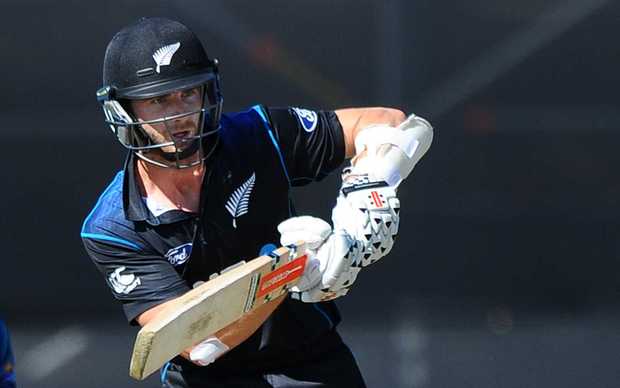 Sri Lanka won Thursday's day-nighter seventh and final one-dayer in Wellington by 34 runs, with Kumar Sangakkara scoring his 21st one-day hundred and breaking the world record for the most dismissals by a wicketkeeper in ODIs.

The Black Caps won the seven-match series 4-2 and the next time the two sides play will be to open the World Cup.

Williamson doesn't believe the defeat will give think Sri Lanka an edge.

"In cricket you can win some and lose some, but you want to win more than you lose and that's part of it," he says.

"It's not ideal, we wanted to win and we didn't, but there are some real positives for us out of this match that hopefully we can build on previous performances and move forward."

Kumar Sangakkara scored an unbeaten 113 and then returned to break the world record for the most dismissals by a wicketkeeper in one-day internationals.

His 21st one-day hundred anchored Sri Lanka to 287 for six after the visitors opted to bat first on winning the toss.

New Zealand, who won the series 4-2, never recovered from losing early wickets in their chase and were all out for 253 in the 46th over. 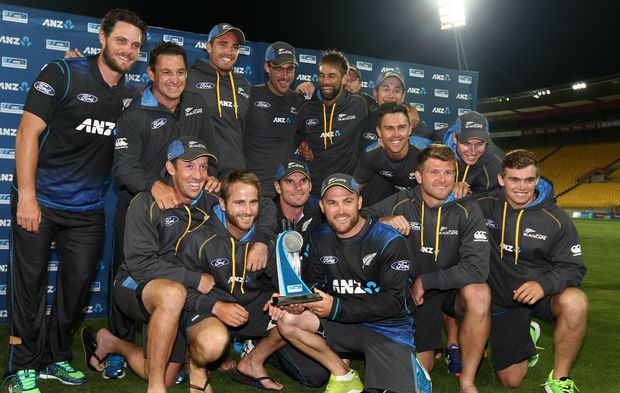 The hosts were reduced to 42 for three in the 12th over and barring a 74-run stand between Luke Ronchi (47) and Daniel Vettori (35) for the seventh wicket, Sri Lanka always looked in control.

Kane Williamson top-scored for New Zealand with 54 while Kyle Mills hit a 17-ball 30 towards the end.

Earlier, Tillakaratne Dilshan (81) and Lahiru Thirimanne (30) gave Sri Lanka a good start, adding 71 for the opening wicket before the latter fell leg before to Anderson.

Sangakkara walked out at number three and then added 104 for the second wicket before Dilshan was out caught by wicketkeeper Ronchi off paceman Southee.

Sri Lanka lost a few quick wickets but Sangakkara held the innings together and brought up his century with a crisp pull shot off Mitchell McClenaghan. The stylish left-hander hit 14 boundaries in his 105-ball knock.

Anderson finished with three wickets for 59 runs for New Zealand.

The World Cup, which is co-hosted by New Zealand and Australia, runs from February 14 to March 29.