Two big knocks from Ross Taylor and Kane Williamson set the New Zealand cricketers up for victory over Sri Lanka in the sixth One Day International in Dunedin. 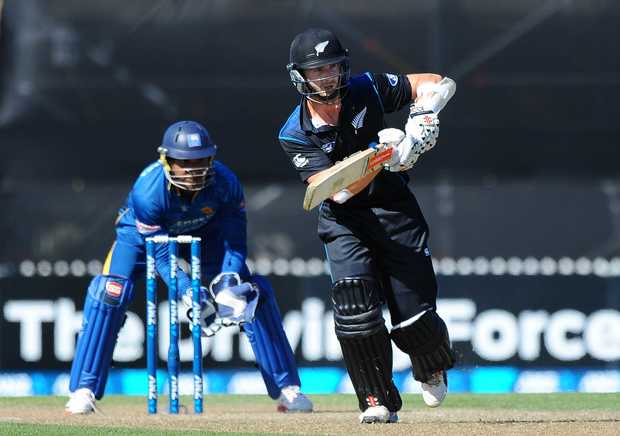 The Black Caps eventually won by 120 runs after bowling Sri Lanka out for 195 in the 41st over and now have an unbeatable 4-1 lead in the series with one match to play.

The pair put on 117 for the third wicket before a run-out resulted in Williamson's dismisal on 97.

Taylor went on to make 96 and the home side finished their 50 overs on 315 for eight.

Despite a good start and an impressive 81 off 66 balls from Kumar Sangakkara, the run-chase proved too much for the visitors as the run-rate required kept creeping up.

The New Zealanders were able to knock over Sri Lanka's middle and tail enders cheaply; Corey Anderson picked up four wickets in his 10 over spell.

Earlier captain Brendon McCullum got out for a duck in the second over after electing to bat first.

Fellow opener Martin Guptill got a lucky break when the umpire turned down what appeared to be a clear lbw, and when the Sri Lankas asked for a review the Decision Review System was not available.

Sangakkara tied the record for most ODI dismissals by a wicketkeeper when he caught Guptill for 28 in the 14th over. The 37-year-old joined Adam Gilchrist on 472 dismissals.

Corey Anderson scored 40 off 28 balls, before losing his wicket in the 44th over.

The seventh and final match is in Wellington on Thursday.