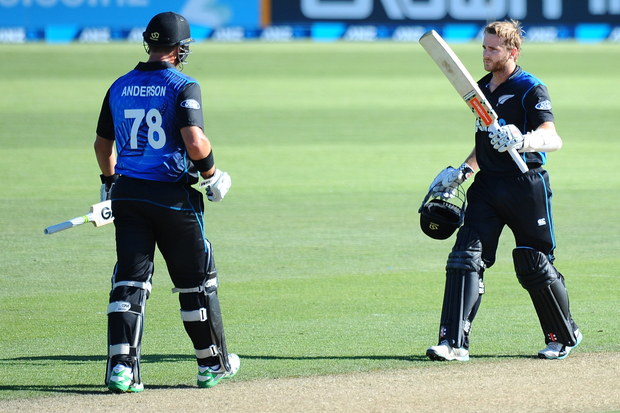 The Black Caps chased down 277 with 11 balls to spare to win by four wickets and now lead the seven match series 2-1.

Williamson made a crucial century, and some pinch hitting at the death from Luke Ronchi got the hosts home comfortably.

After Williamson fell for 103 at the end of the 44th over, up stepped the wicketkeeper Ronchi, smashing three sixes and a four as part of his 32 not out, then Daniel Vettori hit a four for the clutch victory.

Earlier, Williamson had rallied his side with a solid partnership of 88 runs with Grant Elliott for the fourth wicket, Elliott hitting 44, while Corey Anderson struck a quickfire 47 in 44 balls afterwards.

Williamson played down his performance and praised the effort of the middle to lower order.

"We just want to make sure we're rotating and Grant [Elliott] was so calm and superb with what he did to get the momentum going with that partnership and then Corey [Anderson] came in and from ball one was doing the same," he said.

"So those two partnerships were key and the way Ronchi finished it off at the end was just superb."

That got the Black Caps moving towards their target, after losing captain Brendon McCullum for 11, Martin Guptill for 20 and Ross Taylor for just eight to be struggling on 63 for three.

Sri Lanka won the toss and chose to bat but were all out for 276 in their final over. 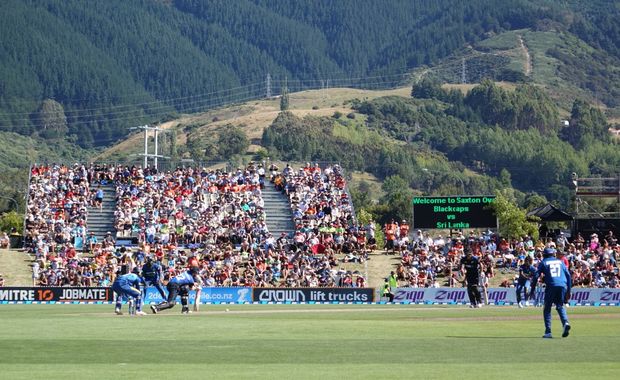 Mahela Jayawardene top-scored with 94, Kumar Sangakkara added 76 and Tilikaratne Dilshan made 44, but it wasn't enough as the tourists' last six wickets fell for just 31 runs. 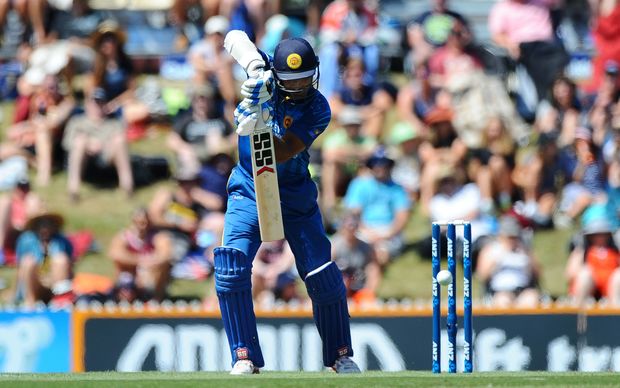 Kumar Sangakarra at the crease for Sri Lanka Photo: Photosport

Tim Southee took three wickets and Adam Milne and Mitchell McLenaghan two each - though Milne departed injured, and it won't be clear until Wednesday whether his series is over.

Southee hadn't played since the Test series as he was rested for the first two ODIs to help overcome an ankle niggle, and didn't get on the field in Saturday night's rained-off match in Auckland.

The 5th match is in Dunedin on Friday.