The New Zealand cricketers have won the fifth one day international against Sri Lanka in Dunedin by 108 runs, thanks to twin unbeaten centuries from Luke Ronchi and Grant Elliott. 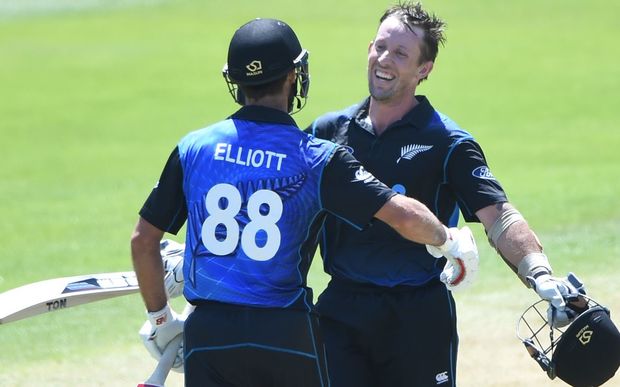 The victory sees the Black Caps take an unbeatable 3-1 lead in the seven-match series.

After the hosts set a national record total against the Sri Lankans of 360 for five, the tourists were all out for 252 in the 44th over at University Oval.

It didn't look so good after 20 overs, when the Black Caps, who were sent in to bat, were struggling on 93 for five, before Elliott and Luke Ronchi rescued the hosts. 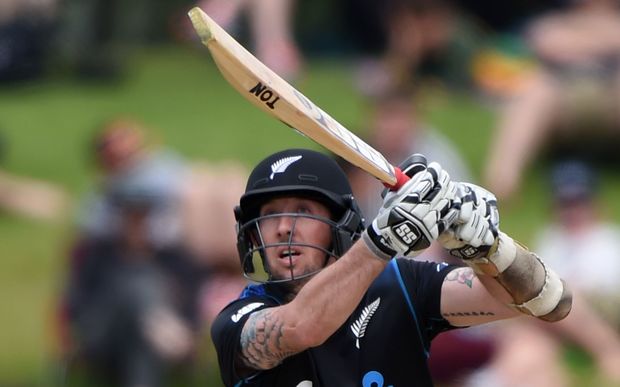 Ronchi and Elliott's combined knock of 267 runs for the sixth wicket was a world record, their unbeaten partnership one of three records set on Friday.

Ronchi's maiden one day century is also the highest score by a New Zealand wicketkeeper, he made 170, while Elliott finished on 104. 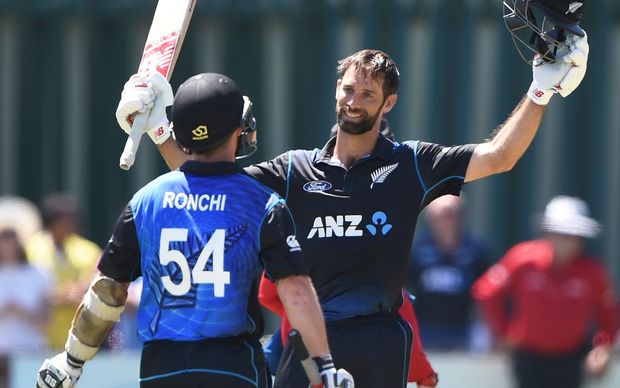 Grant Elliott celebrates his century with Luke Ronchi during the fifth ODI between New Zealand and Sri Lanka in Dunedin. Photo: PHOTOSPORT

The total was always going to be difficult for the tourists and the asking rate was up to 15 an over after Tilikaratne Dilshan fell for 116. Captain Lahiru Thirimanne made 45.

The home side got off to the worst possible start when opener Martin Guptill fell for a golden duck.

Guptill was followed back to the pavillion shortly after by captain Brendon McCullum, who fell for 25 runs.

The New Zealand coach Mike Hesson has made two changes, bringing in Nathan McCullum for Daniel Vettori, while fast bowler Adam Milne misses out with a side strain and is replaced by Trent Boult.

Sri Lanka captain Angelo Mathews was omitted with a calf injury, with Thirimanne taking his place as skipper.

Milne got through seven overs in Tuesday's win over Sri Lanka in Nelson, before suffering the injury.

Hesson says fast bowlers like Milne will always be more susceptible to picking up injuries, because when you're trying to bowl 150 kilometres per hour, if you do get a little bit of a twinge, it's just not worth pushing through.

"Maybe later on in the tournament it might be an option for us, but right now it's just not worth it."

The next match is also at Dunedin's University Oval on Sunday.