Without New Zealand's inform batsman Kane Williamson, the rest of the Black Caps lineup will need to produce the runs in today's second one day international against Sri Lanka in Hamilton.

Williamson is sitting out at least the next two games to rest an injured shoulder. 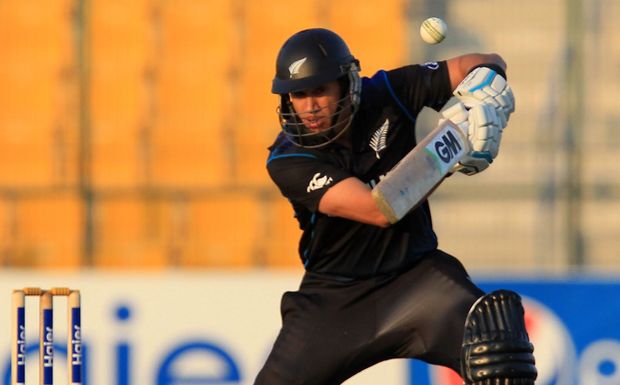 Grant Elliott missed training yesterday because a family matter and so his participation today is also in doubt.

It could mean that all the players move up the batting order with Tom Latham replacing Williamson at three, allowing spinner Dan Vettori to come into the side and play on his home ground.

The coaching staff had indicated that it was unlikely that they would ever play 2 spinners, but that may change today.

The New Zealanders have been on a roll for a while, and batsman Ross Taylor says while it's nice to be getting lots of plaudits, they're not getting carried away.

He says while they're on a bit of a high at the moment, they don't want to be get carried away ahead of the world cup.

Taylor says this Sri Lankan side is very experience and will quickly bring them back down to earth.

Taylor says he's made some slight adjustments to his batting technique which he hopes will keep him evolving as a batsmen in the years to come.

Sri Lanka are expected to play the same eleven that lost the first match by 3 wickets.

Play starts in Hamilton at 2.