Corey Anderson played a key role in steering New Zealand to a three-wicket victory over Sri Lanka in Christchurch in the first of seven one-day matches between the two sides. 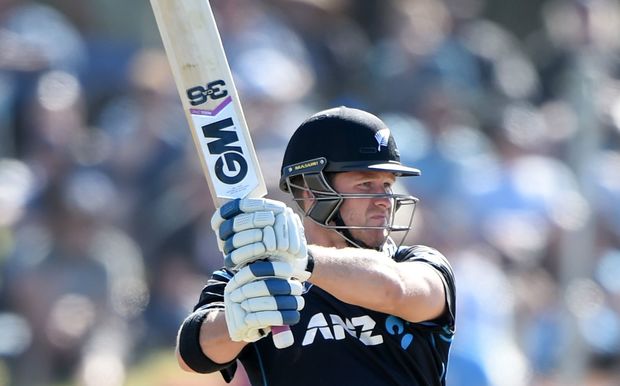 Anderson came to the crease with New Zealand 77 for four at Hagley Oval and steadied the innings in a partnership with Luke Ronchi.

He then guided them to within the sight of victory alongside Nathan McCullum before he was dismissed with 10 runs needed as the hosts made 219-7 in 43 overs, chasing Sri Lanka's 218-9.

The Black Caps got off to a nervous start when Martin Guptill got out on the third ball for a duck but that didn't faze fellow opener Brendon McCullum, who launched an assault on the Sri Lankan bowlers.

New Zealand then lost wickets at regular intervals, first Kane Williamson for 15, followed by Grant Elliott, then Tom Latham in the 19th over before Anderson came to the rescue.

Earlier an impressive bowling effort by the Black Caps restricted the visitors, who chose to bat first to 218.

Sri Lanka's innings was built around Mahela Jayawardene, who brought up his 18th one day hundred.

The veteran, who will retire after the World Cup, was dismissed for 104, which included 12 boundaries and a six.

Sri Lanka lost wickets at regular intervals, and the blow came in the 47th over when Mitchell McClenaghan took three wickets and finished with figures of 4-36.

The match is the first in the seven series, as the sides buildup to next month's World Cup.