The New Zealand cricket coach Mike Hesson says he isn't concerned about Kane Williamson's World Cup prospects, despite the star batsman being out for at least a week with a shoulder injury. 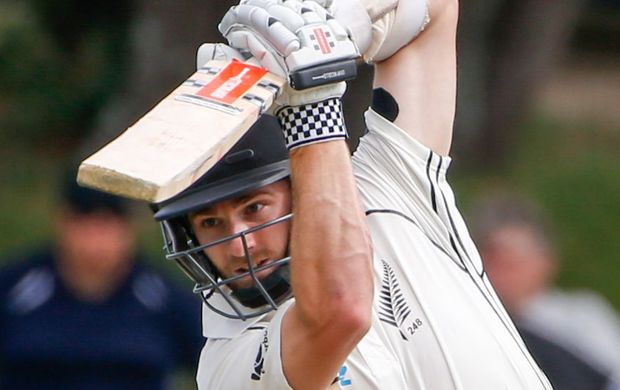 With the showpeice tournament starting in a month, New Zealand cricket said Williamson would be out for 7-10 days, meaning at a minimum he would miss the second and third one dayers against Sri Lanka this week.

"Kane is obviously a very important player for us and we need to give his shoulder the time to fully recover," Hesson said.

"He's played a lot of cricket of late and this window will allow him to get back to 100 percent."

Williamson's injury occurred while diving in the field during the Black Caps' first Test against Sri Lanka at Hagley Oval.

Hesson said while they had successfully managed the injury during the second Test and opening ODI, now was the right time for Williamson to fully recover.

Williamson, who's now sixth on the ICC test batting ranks, scored 396 runs at an average of 198 in the two-test series against Sri Lanka, recording a career-high unbeaten 242 to move past the 3000-run mark in tests.

He's the only New Zealander in the top 10.

Trent Boult is the highest ranked Black Caps test bowler at No 6.