The Black Caps beat Sri Lanka by 193 runs in the second test at the Basin Reserve in Wellington yesterday to win the two-match series 2-0.

The latest victory is set to move them up from seventh on the world rankings to fifth and reinforces a growing sense of self belief that has developed in the side. 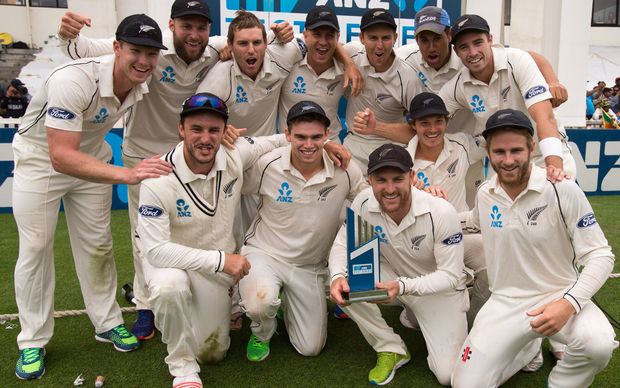 Black Caps are a team on the rise. Photo: Photosport

The Test win over Sri Lanka is a long way from the dark days in South Africa two years ago when the Black Caps were dismissed in a Test for 45.

But it's that humiliation that has played a part in forming the side as it is today.

In the past year New Zealand has enjoyed Test series wins against Sri Lanka, India, and the West Indies and drawn with Pakistan - results which belie their current world ranking of seventh.

In the past year the Black Caps have played 10 Tests, won six of them drawn and lost two.

The latest Test win is further evidence of a burgeoning self confidence.

New Zealand appeared down and out at 159 for five in their second innings, having only a 24-run lead and five wickets in hand.

But the world record 365 run sixth stand between Kane Williamson and BJ Watling turned that around to put them in a winning position and skipper Brendon McCullum says winning is finally becoming a habit.

"In our batting group we're starting to get guys who are getting big scores even under pressure as well... even if you are behind the game you know that if one of those class players can get in then you are going to be a big chance fo get out of trouble. And we do have the bowlers who can get 20 wickets against most teams so those two factors combine to build so confidence in the group and we've won some tight games too which is huge for confidence as well."

Among those players is 24-year-old Kane Williamson.

Williamson scored his maiden Test double century, making 242 not out.

He now has nine test centuries in 39 tests compared to McCullum who sits fourth equal on the list with 11 and who's played 92 tests. 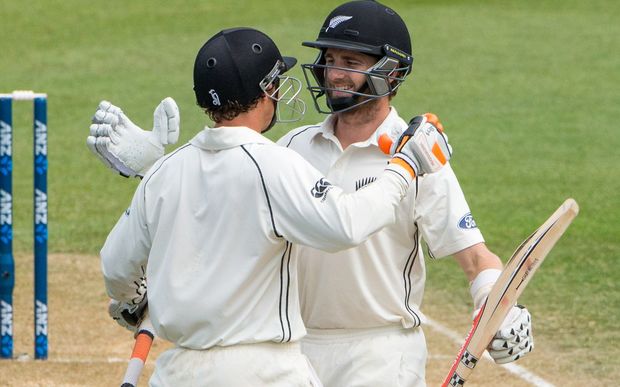 "It's hard while the guy is still so young to put this on his shoulders but I firmly believe he could go down as New Zealand's greatest ever batter. He's a phenomenal talent and he's such a level headed guy who just thinks first and foremost about the team," McCullum says.

"He was batting in my backyard the other day against my boy (Riley) and I said to my boy in 10 years time you're going to appreciate how great this experience was."

Post-match the Sri Lankan captain Angelo Mathews was left lamenting a game that got away from them.

He says dropping Kane Williamson twice was the winning and losing of the game.

"Just the one player made the difference. Kane batted brilliantly but we have to grab those chances. We were on top, no real pressure and (we drop) a couple of sitters and paid the price."

The Black Caps Mike Hesson has overseen the development of the side and says one of the strengths of the side is that it doesn't get over-excited when things are going well or too down when they're not. 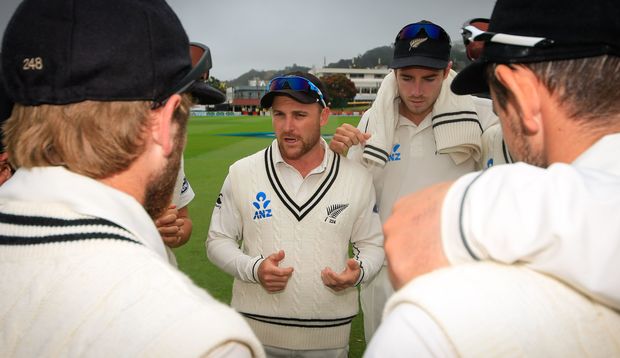 The Black Caps are full of "scrappers" Photo: Photosport

"We were hopeful to scrap over 250 (in the second innings) we thought that would be a tough chase.

"I don't think in our wildest dreams we imagined we'd see what we saw from Kane and BJ so to get to that point was obviously far greater than we anticipated but we do know we have a lot of scrappers in the team so we had a lot of confidence in the group."

The two sides now play a seven-match one day series ahead of next month's Cricket World Cup.

The New Zealand squad for that tournament will be named in Christchurch this afternoon.