The previously out of favour Doug Bracewell says he felt a bit of pressure entering his first test in over a year but is excited to be playing for New Zealand again. 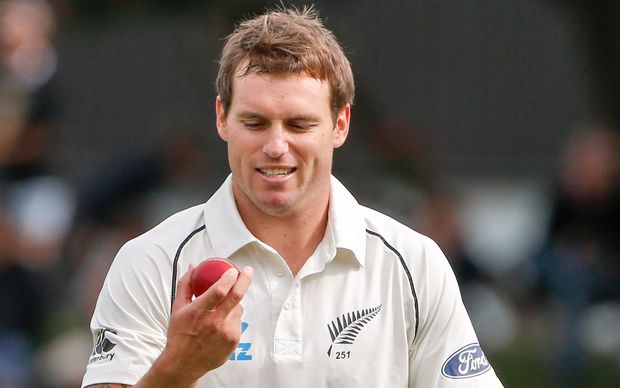 Three wickets from Bracewell put the New Zealand cricketers in charge heading into day two of the second test against Sri Lanka in Wellington.

The tourists will resume at 78 for five, still 143 runs behind New Zealand's first innings of 221.

Bracewell says he only got told he was in the playing lineup ahead of Neil Wagner just a a few hours before play started.

His last test was against Bangladesh in October 2013, with off field disciplinary issues costing him his place in the side since.

Doug Bracewell says the New Zealanders are wary of the threat of Kumar Sangakkara who brought up his 12-thousandth run in test cricket yesterday.

Bracewell, says his wicket will be crucial in the match.