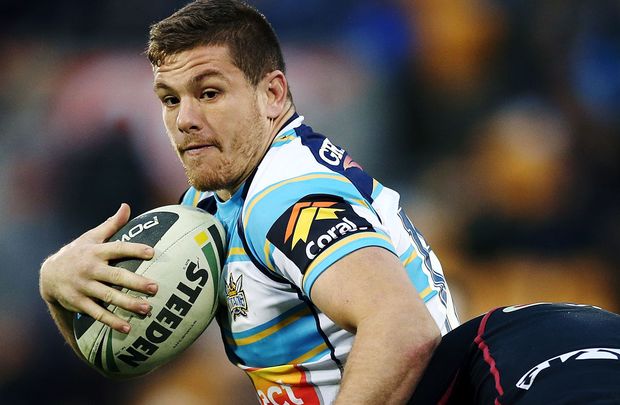 Titans chief executive Graham Annesley confirmed the NRL club intends to rip up Carter's contract after he was arrested by police in the early hours of Saturday morning.

The incident is the last thing the Titans need after they stripped representative forward Greg Bird of the club's co-captaincy after he was caught urinating near a marked police car following his wedding in Byron Bay earlier this month.

Young winger James Roberts has also found himself in hot water after he was arrested in October and charged with public nuisance and obstructing police.

Those charges were subsequently dropped but Roberts was fined 4000 dollars last week and put on notice by the club over his behaviour.

Carter, the son of Penrith legend Steve Carter, endured a mixed time at the Titans.

He was named the club's rookie of the year after a solid debut campaign on the field but was stood down in June after he was caught drink driving almost four times over the legal limit.