The Gold Coast Titans have been fined $NZ330,000 and docked four National Rugby League competition points for breaches of the salary cap.

The Gold Coast Titans have been fined $NZ330,000 and docked four National Rugby League competition points for breaches of the salary cap.

The club has had $80,000 of its fine and the loss of the four competition points suspended because it self-reported the breach and co-operated fully with the investigation.

The NRL's general manager of integrity, Nick Weeks says all clubs are on notice that they risk losing competition points and face heavy fines if they attempt to cheat the salary cap rules in future.

He said the Titans penalty was issued following an investigation by the NRL Integrity Unit which was instigated by the new management of the club.

It found that a former player, Scott Prince was paid substantially more than the contract lodged with the NRL by a previous Titans administration. 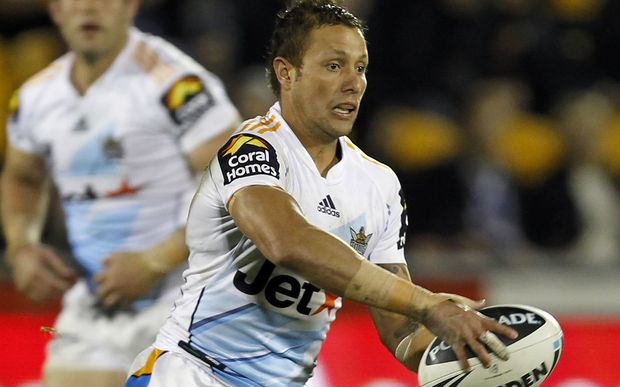 Gold Coast Titans have been fined more than $300,000 for breaches of the NRL salary cap in relation to Scott Prince. Photo: Photosport

This difference in remuneration was never disclosed by the previous Titans administration or Prince and was only discovered by the new management.

The suspended fine and points will be applied if there are any further salary cap breaches by the Titans over the next two years.

Weeks says the Titans penalty was no reflection on the current administration which had worked with the NRL to resolve the matter.