The All Blacks coach Steve Hansen admits he faces a dilemma over who to start at first five for New Zealand's final end of year tour match against Wales in Cardiff. 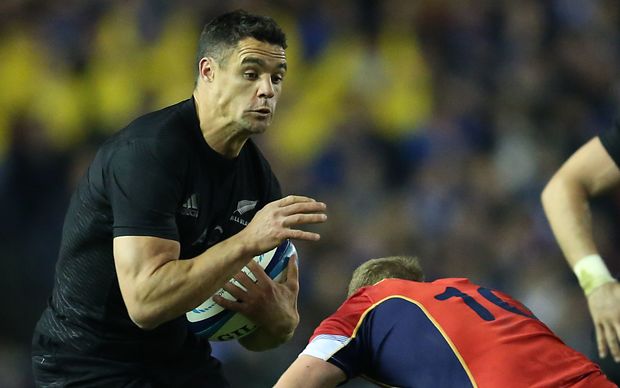 Beauden Barrett started the last two matches of the Rugby Championship and the third Bledisloe Cup Test, while Aaron Cruden started against the USA and England and Dan Carter started against Scotland. Colin Slade is the fourth first five in the squad.

There is plenty of speculation over who he'll start in Cardiff and the coach admits it'll be a tough decision.

Hansen concedes Carter is still a little behind the eight ball after having only recently returned to rugby following a lengthy injury break spent recovering from a broken leg.

He says Cruden played very well against England, while Barrett was the go-to No.10 for the Rugby Championship.

Hansen says Slade has also played well in his limited time on the field, so it will be a matter of deciding who to leave out rather than the other way round.

Meanwhile another two All Blacks headed home early from their end of year tour, with loose forward Victor Vito and replacement lock Dominic Bird both returning to New Zealand.

However midfielder Conrad Smith has rejoined the squad after missing the Scotland Test.

Vito suffered a calf injury in Sunday's 24-16 win over Scotland, while Bird, who was called in as cover for the previously injured lock Brodie Rettalick, is now surplus to requirements with the latter recovered.

The All Blacks are in Cardiff for their final match of the season against Wales, where they were reunited with veteran centre Smith after he returned to New Zealand for family reasons last week.

New Zealand lock Jeremy Thrush scored a 74th minute try from close range to spare the All Blacks' blushes against Scotland, as the second-string tourists won 24-16 in Edinburgh.