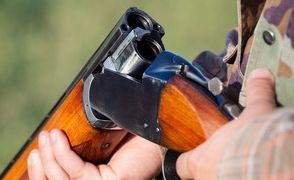 The Mountain Safety Council, which is contracted by police for firearms licensing and training, is looking at three new models.

There are 480 training volunteers in 150 areas across the country, but the new proposals could reduce the number of trainers and the places they work to 50 locations.

Rural Women New Zealand vice president Fiona Gower told Nine to Noon it would make it difficult for rural people to get a license.

"Socio-economic reasons, driver's licence reasons, just for work reasons they just won't be able to travel and therefore they will not get that training and their licence.

"So they will become, dare I say it, illegal users of firearms - but they don't want to be, they actually want to still get that licence."

Nicole McKee, who founded the company Firearm Safety Specialists, also said the changes would lead to fewer people getting properly licenced and trained, or reporting thefts

Mountain Safety Council chief executive Mike Daisley said it appreciated the concern of rural communities and acknowledged the use of firearms in their everyday lives.

"This is why over the last few weeks we ran workshops in 22 locations, the majority of which were in rural areas."

He said no decision had been reached.

"At this time, and we're working with police to collate the feedback from the workshops."