A 26-year-old man has been charged with unlawful possession of a pistol after a two-year-old girl was found dead in the Auckland suburb of Mangere.

Detective Inspector Faa Va'aelua said emergency services were called about midday to a house on Favona Road, where a couple lived with their four children.

"We found the lifeless body of a two-year-old toddler - a young girl - and our inquiries have so far revealed she suffered a gunshot wound."

Mr Va'aelua said the exact cause of death still had to be confirmed by a post mortem, but it appeared the girl had died from the gunshot wound.

Police were still trying to establish whether or not the shooting was accidental, he said.

The detective inspector also confirmed a firearm, which he described as a shotgun, had been found at the address.

"At this stage, our inquiry is revealing nobody - none of the occupants from the address - hold a firearms licence."

Police were considering further charges, which would be laid at the end of their investigation.

The man was expected to appear tomorrow in the Manukau District Court.

The girl's name will be released tomorrow, after her large extended family has been informed of her death. 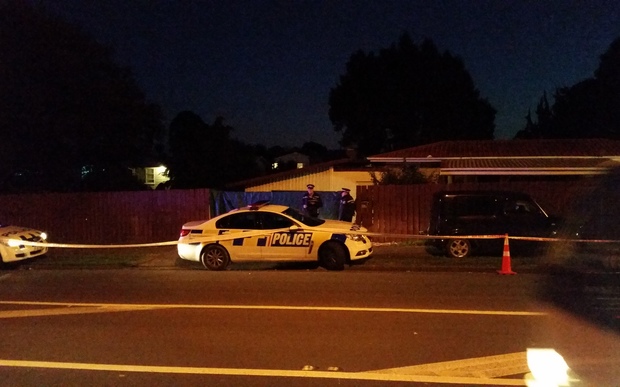 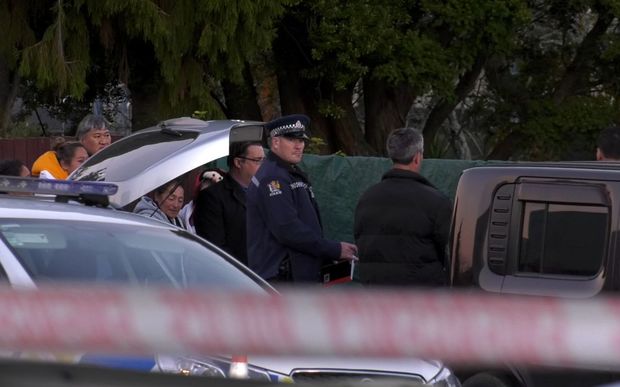 A group of people stand with police officers inside the cordon by the house. Photo: RNZ / Diego Opatowski