Aquaculture's value to the Marlborough region has been confirmed in a new report - but it warns of the potential threat posed by looming consent deadlines. 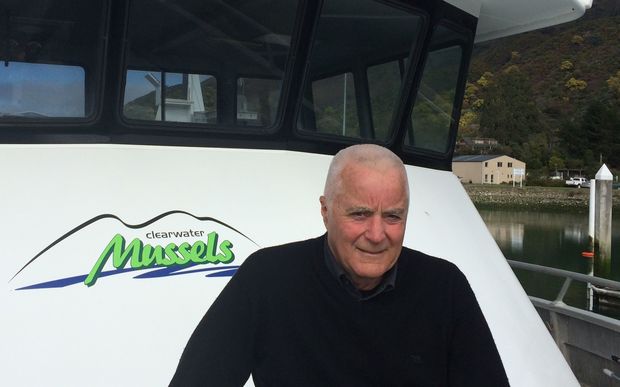 The New Zealand Institute of Economic Research (NZIER) report, prepared by Peter Clough and Erwin Corong, was released in Blenheim last night. It said aquaculture, made up of marine farming and the processing of its produce, generated close to 6 percent of Marlborough's $2.8 billion annual GDP, and employed almost 4 percent of the district's total labour force.

The report also noted Marlborough, as a pioneering aquaculture region in New Zealand, had the highest marine farming output of any region, mostly from mussels and salmon production.

Sounds-based industry pioneer John Young, who heads Havelock-based Clearwater Mussels, said his foray into the industry as a young graduate was an adventure, and he never predicted it would grow to the size it had.

"I was 23, it was a new job - I was a new Canterbury (University) graduate and at a stage when you think the world's your oyster. It was like I'd been given a Boy's Own adventure where no frontier was too big."

Mr Young said the first thing they had to do was figure out how to generate a reliable spat source.

"It wasn't known it washed up in seaweed on Ninety Mile Beach. We had to looked for a place mussels would settle. It was just a new frontier here in Marlborough and farming the edge of the sea was a brilliant concept."

"I've always been a believer but personally I didn't thing it would grow to the size it has. Back in the '70s I wrote a paper showing we could achieve maybe 30,000 tonnes - at the time we were probably growing about 2000-3000 tonne (a year), areas seemed remote, and we worked in small boats - we didn't have the purpose-built vessels we've got today, and markets hadn't been developed.

The report said there was uncertainty about the future cost and security of aquaculture because 56 percent of farms faced consent renewal by 2025. Few new consents had been issued in recent years.

Since June 2011 to June this year, nine new sites (including three salmon farm sites) were consented in the Sounds and 31 extensions granted to existing (mussel) farms. The net increase in marine farming consented area for all species over 13 years was 131.9ha, or 0.09 percent of the area of the Sounds.

Mr Young's firm has recently spent $77,000 for re-consent of a license held on an area for 30 years.

He said it was the type of thing that could could prevent the industry continuing, and that the industry could not expect to evolve at the exclusion of others. However, he believed emotive arguments were winning out.

"Hand on heart, I can tell you I've been constantly amazed at how resilient these shellfish are, and how they don't affect the environment.

"I've been a diver for 40 years, and I've seen an increase in dolphins and seals, so from an environmental aspect I see it's been a marvellous industry.

"The challenge has been in the RMA (Resource Management Act), and what's happened is that the 'school of landscaping' says that these are outstanding natural landscapes, and those labels are being put, what I think, fairly glibly on any feature in the Sounds and that's possibly going to preclude us from carrying on," Mr Young said.

Mussels made up the bulk of New Zealand's $400m annual aquaculture exports, but if the industry got the support it needed, it could reach a Government target of $1b a year by 2025.