Economists are forecasting the country's economic activity will slow, with Fonterra suppliers' revenue plummeting by more than $3 billion, following the co-operative's much lower forecast payout. 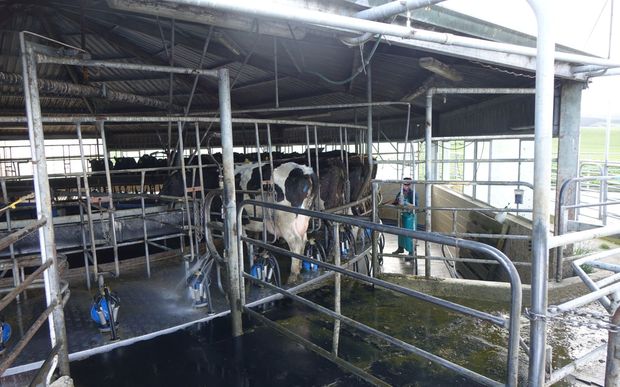 The co-operative yesterday cut the forecast for this season from $5.25 a kilo of milk solids to $3.85 - the lowest it has been in about ten years - blaming what it called the significant imbalance in the global dairy market.

Westpac said that when compared to an average milk price of around $5.80, the cut implies $3.3 billion less revenue than normal for Fonterra's suppliers.

ASB economists said economic growth is expected to slow to 2.2 percent from 3 percent in the coming year, due to weaker rural consumer spending and the reduced dairy investment.

Earlier today, chief executive Theo Spierings told TV3's The Nation the industry did not anticipate some of the international volatility.

"We did not foresee the closure of Russia.. we did not see the trouble in the Middle East, or the financial crisis in China.

But Mr Spierings said he expected global dairy prices would pick up over time.

Dairy industry organisation DairyNZ said the slashing of the milk payout forecast yesterday equates to a loss of $2.5 billion to the economy.

DairyNZ's chief executive Tim Mackle said about nine out of ten farmers would have to take on extra debt because of the cut.

"We're talking averages here, but it's a big increase in debt in one single year."

Efficiency at less cost and farmers' well-being were the two biggest challenges, he said.

"Running the businesses leaner and narrowing the gap, if you like, between what it's costing them to produce and what they're actually receiving through milk payments.

"And the more we can narrow that gap and reduce the deficit the quicker they will recovering financially in the coming years."

Lincoln University Agribusiness academic Bruce Greig said the dramatic cut to the milk payout will have a knock-on effect for the whole rural sector.

Mr Greig, who studies farmer debt, said the cut meant the average dairy farmer would be out of pocket by $250,000 this season.

"But if this continues to go on for a season or more, the situation does begin to look quite bleak."

Fonterra has offered interest-free loans at a rate of 50 cents a kilo of milk solids for production between June and December and the the Shareholders' Council said that support will hopefully get them through the season ahead.

The council's chairman, Duncan Coull, said in view of the latest forecast, that money will be critical to many farmers.

He said they were under immense pressure and the next 12 months will be extremely tough for all.