Cutting costs, deferring maintenance, and visiting the bank are likely to be at the top of the agenda for many dairy farmers after today's announcement by Fonterra. 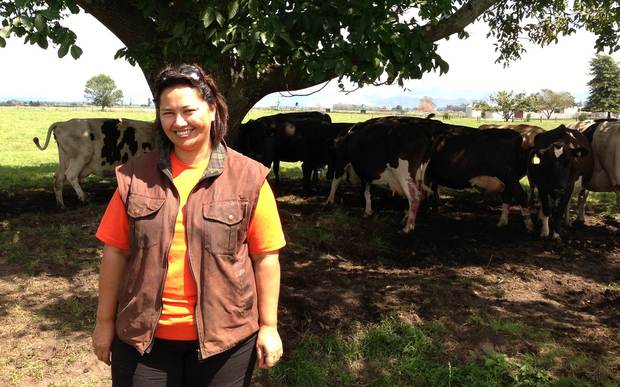 The dairy giant has dramatically cut its milk forecast payout to $3.85 per kilo of milk solids but, for some tāngata whenua who own and run dairy farms, adopting a Māori-based business model has ensured the outlook is not quite so bleak.

She said the payout was below their break-even point so things were going to be tough.

"In terms of the $3.85, it wasn't expected. We have to manage that," she said. "It's going to result in tightening up our cash flows; it's going to mean that we are going to have to review some of our stocking levels, but ultimately it just means tighter constraints, tighter controls and less money going out of the system."

Ngāti Awa has had the farm for about 15 years and Ms Ratahi-Pryor said they had a long-term focus and a strategy to pay debt during the good times, which meant they could ride out the tougher times.

"We talk in hundreds of years, so where in a normal farming lifestyle you might talk one, two generations - we're talking 10 generations out. So when I say we're here for the long-term, everything we do is in the 20-, 30-, 50-year bracket." 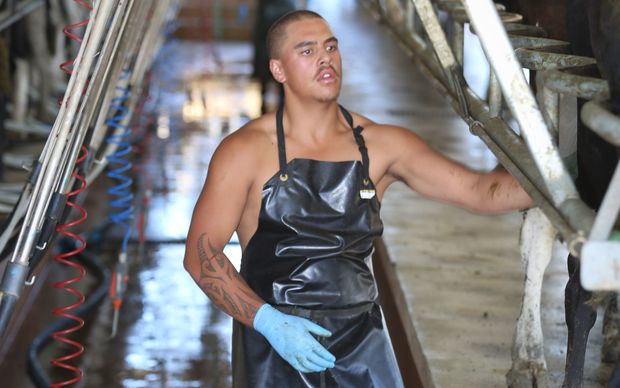 A worker prepares for milking at Ngakauroa Farm Photo: SUPPLIED

He agreed that the long-term perspective would help get many through the dairy downturn.

"I think one thing about Māori dairy farm operations is that they do have a very long-term view. They're not in it for a quick buck, therefore their investment rate has perhaps reflected that," he said.

Mr Livingston said most were well-placed due to an iwi-backed model which left them less exposed to risk.

"Compared to, say, non-Māori entities, I think that the average debt level for Māori dairy farms is probably a bit lower. And it's probably a bit easier, with that long-term view. The way they've positioned themselves means they're not necessarily quite as exposed as some of the very highly geared commercial operators."

But that relative sense of ease was not shared by all.

Dion Maaki is the chair of Te Rua o te Moko, which runs a small commercial dairy farm. He said the farm was already a very tight operation with low overheads, but the new low payout would affect their bottom line.

"It's a significant loss in terms of both cash and profit for the year," he said. "I guess more than that it's about lost opportunity."

Mr Maaki said there would be less money to invest back into the community as a result.

But Ms Ratahi-Pryor said that did not deter Ngāti Awa.

"We don't look to be selling these farms in the near future, so we actually purchase farms with the intention of getting a return and then obviously buy back estate that was once lost by the iwi as a result of confiscations," she said.

"We've got a number of strategies running here." 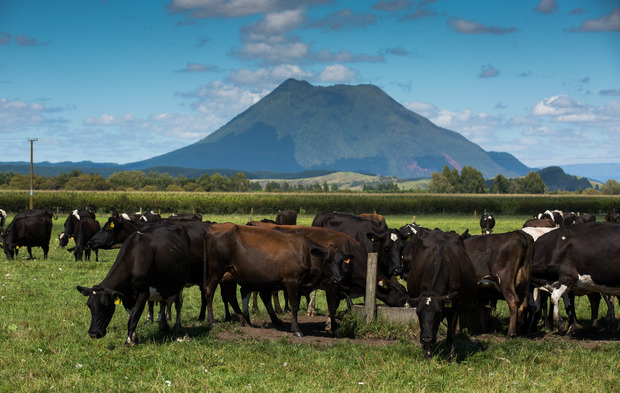