A senior scientist is calling for more people to take up science careers that focus on the dairy industry.

Dairy NZ principal scientist John Roche made the comments at the 6th Australasian Dairy Science Symposium held in Hamilton this week. He is chair of its organising committee. 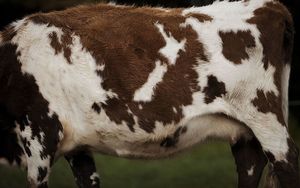 Dr Roche said not only are more scientists needed, but ones with a more diverse science backgrounds.

Dr Roche said even though New Zealand has an advanced dairy industry, much more research was needed.

But Lincoln University's vice-chancellor Andrew West pointed to one of the biggest obstacles to research when he spoke to Federated Farmers national council yesterday.

Dr West has been outspoken about what he said was New Zealand's continuing low level of investment in science and research.

"Can we really be a knowledgeable society when we only invest about 1.3 percent of gross domestic product in research and development? The international benchmark for countries like us that really are knowledge intensive is about 3 percent. And we've been on 1.2 to 1.3 percent for as long as I've been in New Zealand, which is 32 years.

"No matter what we've done to try to raise that ratio, we've failed. When is it going to change?

"We need a massive boost in priority for science and technology, led by government and leveraged by industry where we proceed to produce things like value add, sophisticated foods and fibre, as well as medical devices and nano materials.

"It's not a war between them, it's not a tradeoff - what we actually need is vastly more investment. There's actually a lot of confluence between those sorts of technologies, but we're not going to make it on 1.2 or 1.3 percent," he said.