A freshwater scientist says a government decision on measuring water quality has more to do with protecting the dairy industry than good science.

Many scientists have written to the government recommending an index of animals living in streams should be used to set water quality limits, but the Ministry for the Environment said that will not work.

They argue the best measure to look at the impact of pollution on species living in the water is the macro-invertebrate community index (MCI). 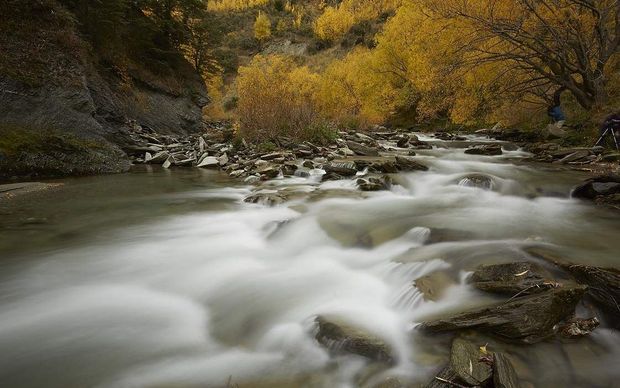 Because different animals can tolerate different levels of water pollution, it is possible to measure water quality by seeing which animals are living in a stream and which are not.

When the Government set out to create nation-wide water quality standards a panel of scientists recommended one of the limits should be based on the MCI.

But the Ministry for the Environment rejected an MCI limit, and freshwater scientist at Massey University, Mike Joy, suspects that is because of the effect it would have on agriculture.

Dr Joy said his suspicion is backed up by a map in a report on the MCI, which shows many rivers in dairy farming regions would fail to meet a limit based on the index.

"They have an agenda for intensification and doubling agriculture in the next 20 or 30 years and so the only way they could achieve that was by giving headroom for more pollution of the rivers.

"And the only way they could do that was to leave out the measures that actually tell you what's going on."

The Ministry's explanation for not using an such a limit is that it would be too difficult for councils to improve their MCI score.

It said an analysis by the Cawthron Institute shows the MCI is affected by a wide range of environmental conditions.

That analysis was reviewed by Dr Roger Young, who said, while it is difficult to determine exactly what councils need to do to improve an MCI score, the same is true of other limits the ministry is using, including a limit on algal slime called periphyton.

The scientist who wrote the initial report recommending an MCI limit, Dr Kevin Collier from Waikato University, said the fact MCI is affected by many different factors is actually a benefit as the cumulative effect of various stresses on animals living in streams can be better assessed rather than just looking at individual stresses.

The Ministry still plans to include the MCI in its National Objectives Framework for freshwater management, but only as an indicator of ecosystem health and not to set limits.

Dr Collier said that will not do much to improve water quality because most regional councils are already doing what the Ministry is suggesting.