Trade Negotiations Minister Tim Groser says the Trans Pacific Partnership trade negotiations will not be a perfect deal for the dairy industry, but is confident it will bring benefits. 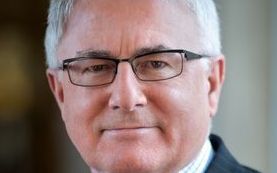 However, a law professor who follows the talks says benefits to New Zealand farmers will be minimal and is warning the public palate needs to prepared to swallow a rat.

The latest round of the TPP was carried out in Sydney at the weekend and Mr Groser said the finish line is now in sight.

"I think the most likely timeframe at which we can make a political decision that there's a deal there to present to our publics around the world is around the first quarter of next year."

Mr Groser said New Zealand's interests, primarily market access for agriculture and especially dairy, are always decided right near the end of trade talks as they are very sensitive.

He is confident that the dairy industry would benefit from any TPP deal. When asked if New Zealand could still walk away from an agreement if there's not enough in it for the sector, he said:

"Oh absolutely. We can't do a deal that would exclude New Zealand's number one exports which is dairy products - it's 33 or 34 percent of New Zealand exports. But I don't take that pessimistic view, I think we will be able to fin a way through, it won't be the perfect deal."

Federated Farmers president William Rolleston said he has mixed reactions to the latest round of negotiations in Sydney.

On the one hand, he is happy that progress is being made but, on the other, is concerned that compromises look likely to be made on freeing up agricultural trade - after assurances that they would not be.

Federated Farmers was part of an international alliance of farming groups that last week called on TPP negotiators to maintain a high level of ambition for agricultural trade.

Dr Rolleston said among the alliance's concerns are that some countries within the TPP may provide preferential market access to certain countries - and it warned this could make regional supply chains worse than they are now.

"I think it's really important that if we're negotiating a multilateral trade agreement that actually that it's simple. And that there aren't some rules for some countries and other rules for other countries.

"So, what we're saying is do not pick and choose about which countries are going to have what rules - the same rules need to apply to everybody."

But Auckland University law professor and a critic of the TPP, Jane Kelsey, said farmers should not get their hopes up and preferential deals are almost certain.

"There is no doubt whatsoever that what New Zealand will get in terms of dairy and other agricultural products out of the Trans Pacific Partnership agreement will be minimalist.

"Neither the United States, nor Japan or indeed Canada are going to make significant concessions to New Zealand. And it's clear now, I think, that any deal between the US and Japan will not be on the same terms as is made available to New Zealand."

Ms Kelsey doubts that New Zealand would walk away from a TPP deal, even if its agricultural expectations are not met.

"I think we can expect to see that the Minister (Groser) will say he's got the very best that he can and that this is too big a deal for New Zealand not to be a part of it and therefore we have to swallow a rat.