Another self-imposed deadline to agree a Pacific-wide trade deal appears to be crumbling.

US President Barack Obama aimed to reach agreement on the controversial 12-nation Trans Pacific Partnership (TPP) by the time Asia-Pacific leaders met at APEC in Beijing in November.

That relied heavily on the outcome of bi-lateral talks between the United States and Japan, the world's first and third largest economies.

However latest talks in Washington last week ended in stalemate, with neither side able to come to an agreement on reducing trade barriers for sensitive goods like beef and pork.

The other 10 TPP countries, including New Zealand, are unwilling to make concessions until they see what the two big players offer first.

The stalemate raises questions about what type of progress can be achieved at planned meetings between officials, and then trade ministers, in Australia late next month, which take place before the APEC meeting. 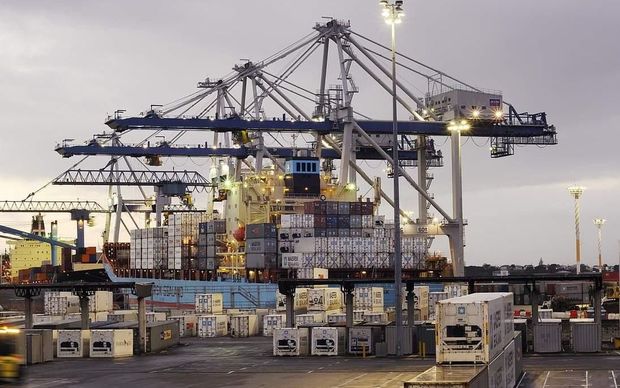 What now for NZ?

The TPP is an important plank for National-led government in boosting economic growth.

The trade deal's champion, Trade Minister Tim Groser, says New Zealand's farmers' stand to gain handsomely from access to some of the world's wealthiest, yet most protected, economies.

But Mr Groser's hopes for a comprehensive and high quality agreement are fading. Japan and the US appear content to settle for lower tariffs on goods like beef and dairy, rather than their abolition.

Farmers are unhappy, but New Zealand's size and lack of bargaining power means the country starts from a weakened position, particularly if the TPP degenerates into a series of bi-laterals.

Nevertheless, TPP proponents accept New Zealand cannot afford to be left outside the tent if its rivals are inside.

Opponents of TPP argue the price of the secretive deal is too high to pay.

They say New Zealand could end up with few concessions on market access from the US and Japan.

In return, the country could be forced to accept higher drug prices, tighter copyright rules and fewer controls over foreign investment - a loss of national sovereignty that far outweighs the trade benefits.

Even if the US and Japan agree their bi-lateral, other formidable hurdles to a deal remain.

Progress on settling differences between the US and other countries over intellectual property, SOEs, and textiles remains slow.

TPP countries also require the US administration to secure fast track trade authority, which would stop Congress tampering with any deal.

And even within countries, opposition has been broad-based, ranging from politicians to consumer, union and environmental groups.

But the political will to reach some sort of substantial deal around APEC shouldn't be underestimated.

Officials are expected to work feverishly in the next few months to hammer out an accommodation in all but the most contentious areas. Trade ministers will then take over to push the process along, before handing over the intractable problems to political leaders.

At the very least, the TPP talks will need to keep moving in a way that reassures all parties a deal is still worth pursuing. The talks can't continue indefinitely.

Mr Groser, as a former trade negotiator of long-standing, remains a staunch optimist.

His Australian counterpart, Andrew Robb, believes a deal can be done in the first half of next year.

The US also has much invested in this process. Apart from cracking the lucrative Japanese market, it also has one eye on its nearest economic rival, China, which has expressed its interest in eventually joining the TPP.

The TPP would give America the chance to impose its preferred set of trade and investment rules over the fastest growing region in the world.

But for the moment, it has to convince its TPP colleagues and more importantly, the public, it's in their interests too.