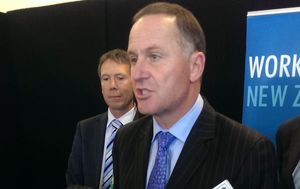 Addressing the New Zealand Winegrowers Association Conference in Blenheim, Mr Key he said the Greens were opposed to free trade and the Labour caucus was split over the TPP, so he doubted a Labour-Green government would sign up to the deal.

He said if the party was re-elected he would stay on as Tourism Minister.

Labour Party leader David Cunliffe said the party would act based on the merits of the Trans-Pacific Partnership agreement. He said it was not possible at present to assess the merits of the deal, because the Government was refusing to release the draft texts.