Jo Aleh and Polly Powrie, known as Team Jolly, won Olympic gold at London 2012 and head to the 2016 games ready to take on the Rio venue as a new challenge. 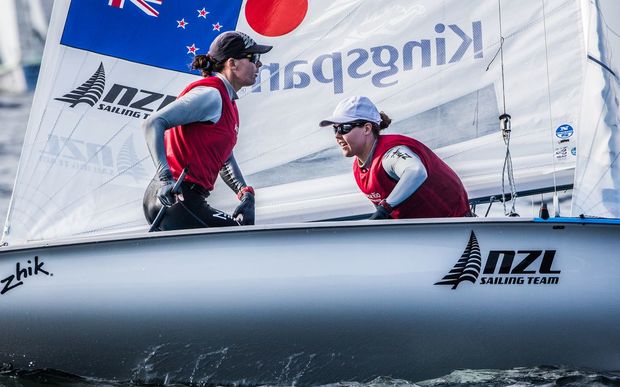 "470" refers to the length of the dinghy - sailed by two people - which has been an Olympic class since 1976. It has both a spinnaker and trapeze, which means sailing one requires good teamwork.

"Being strong together makes us so much more than we are apart," said Aleh. "I think where one of us is weak the other is strong, and that just means we're stronger together.

Powrie said a strong relationship between team-mates was essential in sailing. "Largely because there's a lot of strategy and tactics at play, and you have to have a lot of trust between the two of you to be able to make those calls."

Two trips to Rio in recent months should help them learn the challenging waters and weather, and they have been training with Paul Snow-Hansen and Daniel Willcox, the New Zealand men's 470 sailors (and World Champs silver medallists).

"We have seen in the last few years, they have only been off the podium twice, so what they are doing is working well."